It was a lovely sunny day in Lochaber today. This gave a good opportunity to see the results of yesterday’s avalanche cycle. There had been some activity on Aonach Mor with a couple of crown wall obvious under the crags on the South Side of the Coire. Most of the debris from the left hand slide stopped on the bench and is visible in the photo below. The debris from the right hand of the avalanches seen in the photo below just about reached the Lochan.Â  Over on the Ben debris was noted below a few of the usual spots, below Observatory Gully, Number 2 Gully and Number 5 Gully.

Looks like being a nice spring like weekend. Although the slabs that created these avalanches will be slowly consolidating the mild conditions, there are plenty of cornices about which will start dropping off it gets too warm (and the forecast is mild and sunny for the next couple of days). 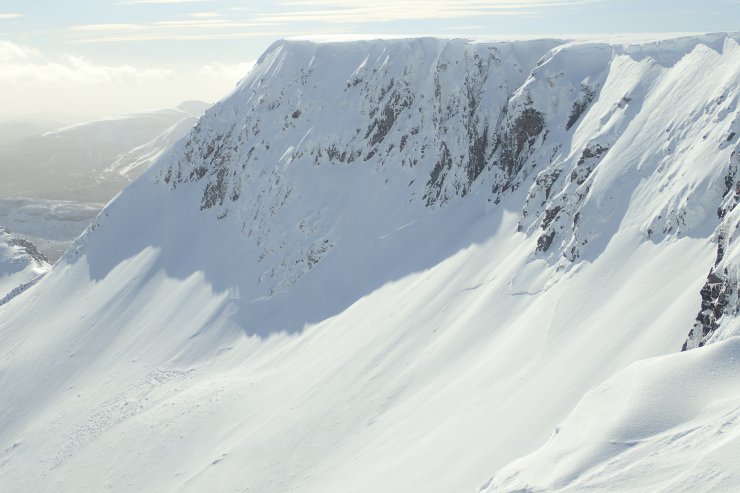 Crown wall from yesterday’s avalanches visible below the crags in Coire an Lochan.Â 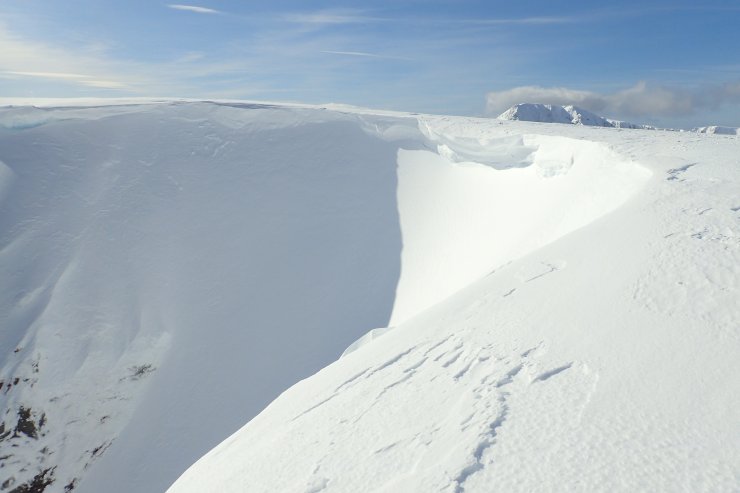 Some not very stable cornices remain such as this one at the top of Easy Gully.Â  Although it does not look very big in this shot, it was much more substantial when you got close to it.Â 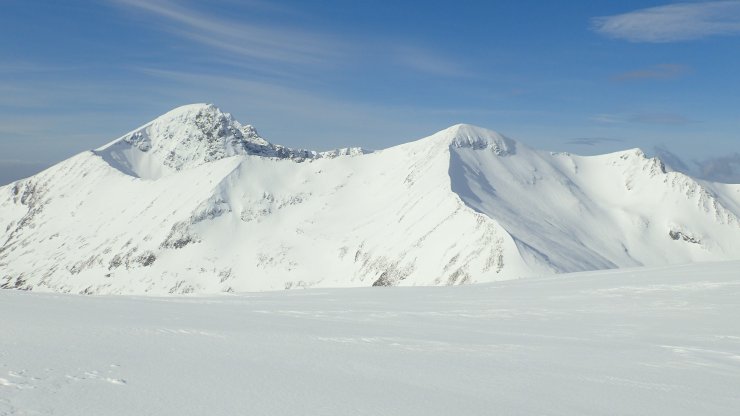 Ben Nevis and Carn Mor Dearg from an unusual angle.Â 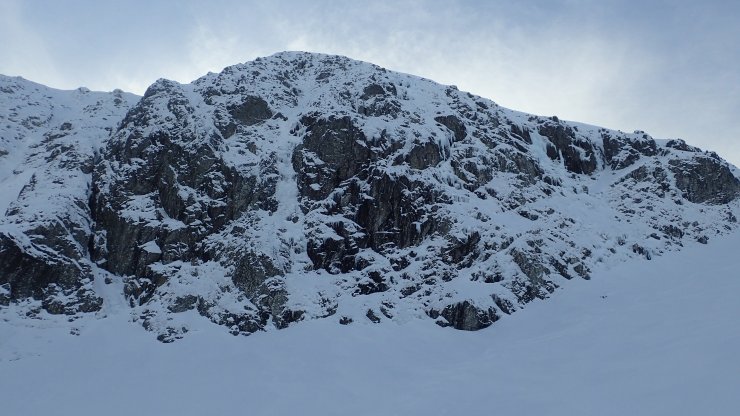 The crags on the North-East face of Aonach Beag.Â 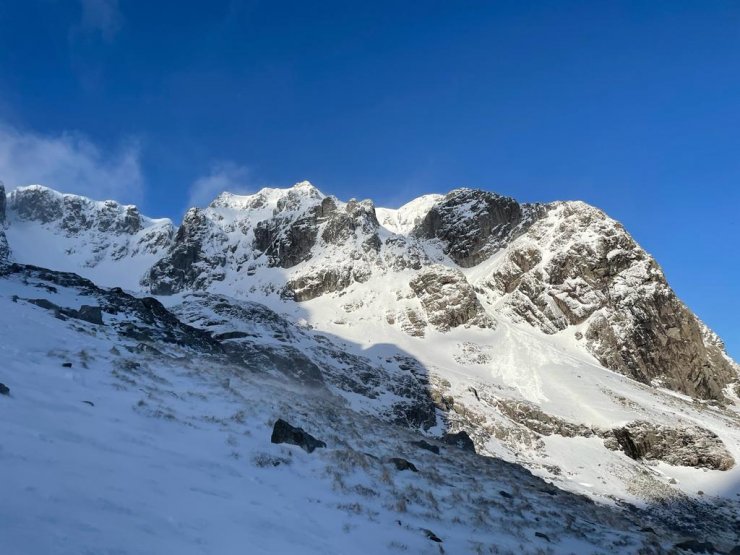 From today’s Ben Nevis consultant, the view over to the Number 5 Gully area. Yesterday’s avalanche debris catching the sunshine. 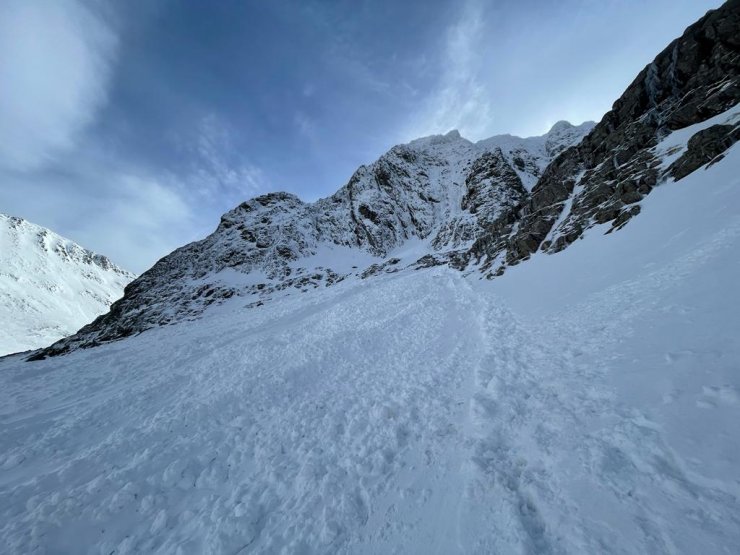 Yesterday’s Observatory Gully avalanche was substantial turning left at the bottom of the gully and sweeping over the approach slopes below Tower Ridge. This photo was taken at an altitude of about 800 metres. The avalanche probably released up around 1300 metres, probably running a horizontal distance of over 700m, and a vertical drop of 500 metres. One of the larger avalanches of the season!