Covid -19
The Scottish Avalanche Information Service issues information to support permitted activity under current Scottish Government guidance.
Please be aware of current mandatory travel restrictions inÂ Local AuthorityÂ areas within Scotland and respect local communities by referring toÂ Scottish Government guidanceÂ and safe route choices for exercise. For further guidance please refer to the following information forÂ hillwalkers and climbersÂ andÂ snowsports on ski and board.
This blog is intended to provide hazard and mountain condition information to help plan safer mountain trips.
After a mild and spring like morning, it was a damp afternoon. On Ben Nevis debris from a number of avalanches which came down either yesterday afternoon or last night were noted. The largest of these was in Coire na Ciste and is shown in the photos below. 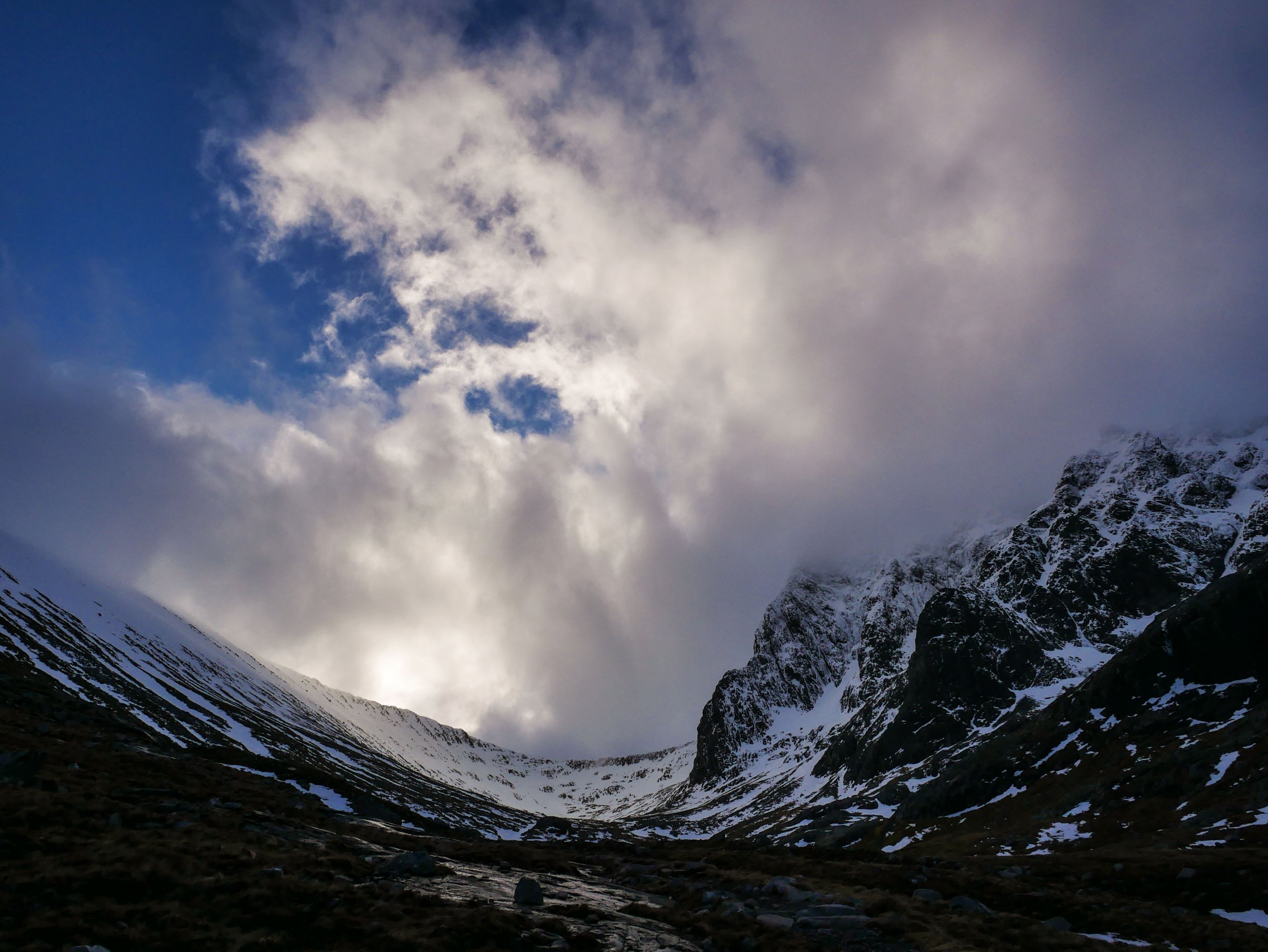 Ben Nevis: Looking into Coire Leis with the profile of North East Buttress on the right. 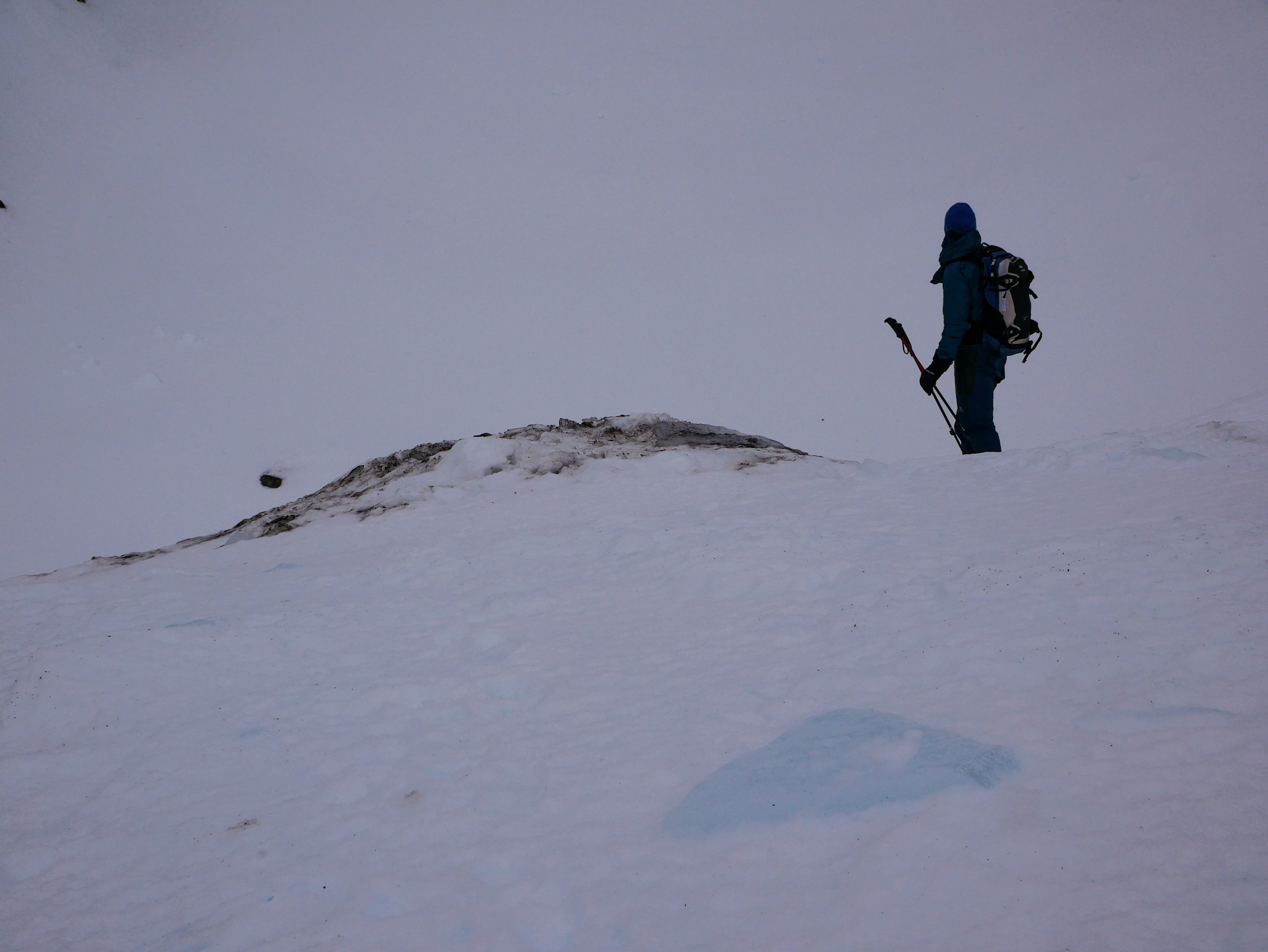 This block of ice pushed out of the Lochan in Coire na Ciste by a size two or three avalanche at some point a few weeks ago. The dirty snow to the immediate left of the forecaster is likely debris from that avalanche.Â 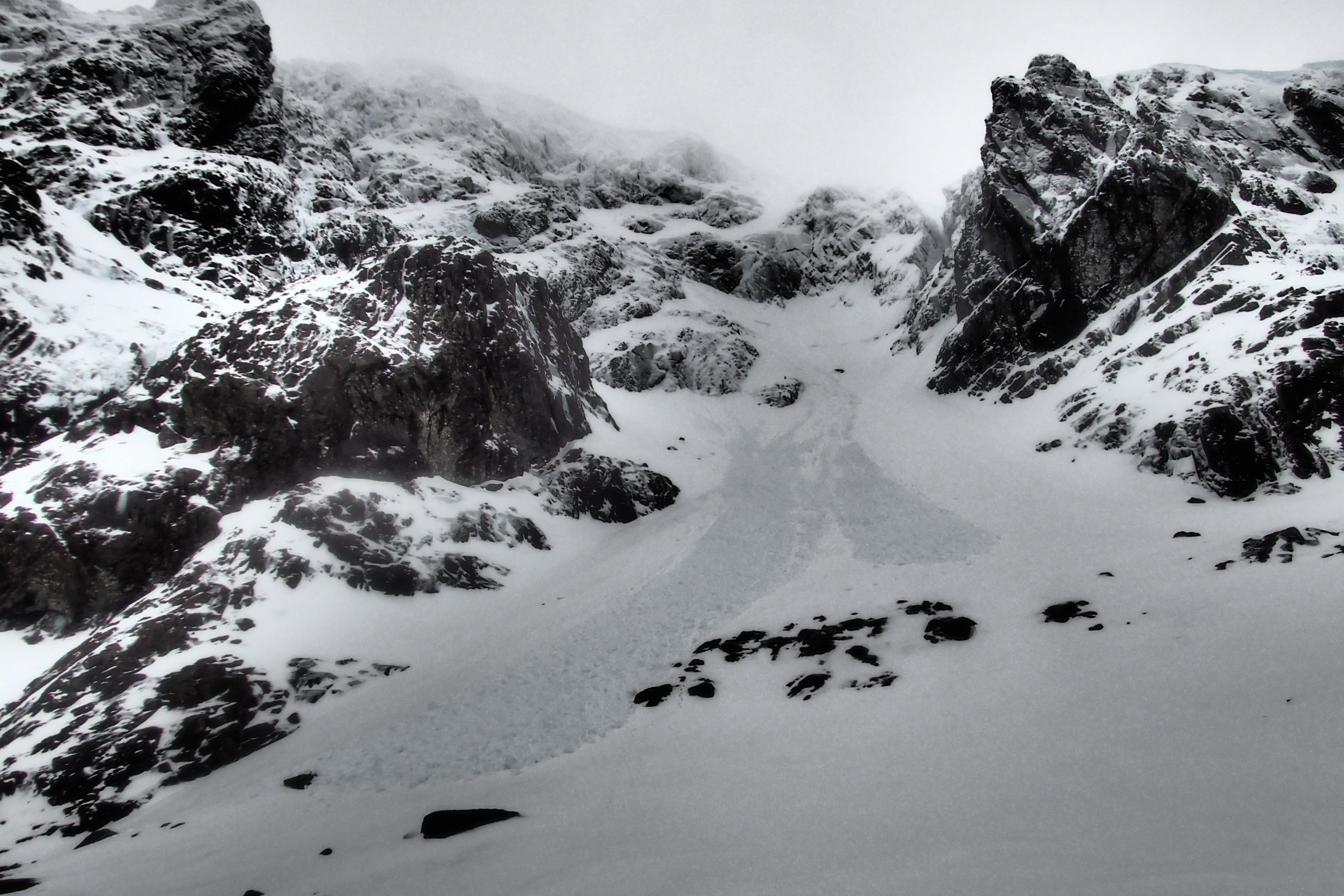 An wet snow avalanche in Coire na Ciste. This likely came down in the mild conditions yesterday afternoon or last night. The debris fan on the left was measured as being 58m across.Â 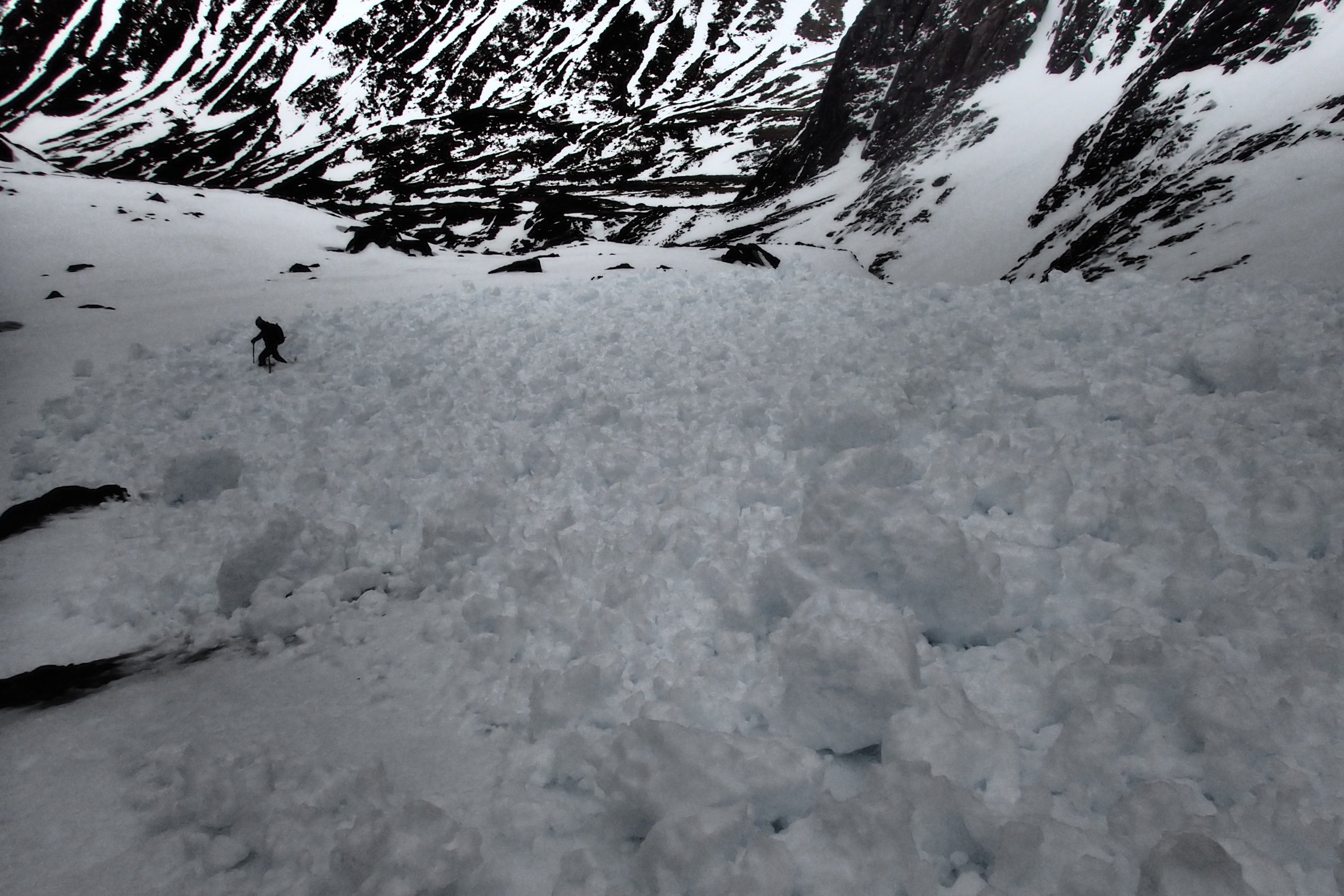 Crossing the debris fan to measure it’s width. I have tweaked the colours of the photo to make the debris stand out better.Â

The European Avalanche Warning Service size scale.What size was the avalanche in the photos above.Â

Judging the size of an avalanche can be quite a difficult task. Lets take the avalanche shown above as an example,Â  what size would you estimate it as. Here is my working and result:

Length; in terms of vertical fall distance it ran from an altitude of very roughly 1200 metres down to around 950 metres, giving a fall hieght around 250 metre mark. It’s actual length is probably going to be around 50% or so more, so lets say very roughly 400 metres. This implies somewhere between a size 2 and size 3.

Volume; The debris fan was 58m across where measured, but lets say its average width is around 50 metres. I would say the debris fan is roughly 4 times longer than it is wide, so lets go with a value of 200 metres long. For depth I would say generally between 30cm and 1m, so to make the numbers easier lets say an average value of 50cm. This gives a debris volume of the order of 5000 metres cubed. Again this implies somewhere between a size 2 and size 3.

Destructive power; This avalanche could definitely injure and bury people, but I am not convinced it would bury and destroy cars, destroy a building or damage a truck. Again this implies somewhere between a size 2 and size 3.

These values consistently indicate that this avalanche is between a size 2 and size 3.Â  It might be best described (in my estimation) as a large size 2 avalanche. That is my answer at least, feel free to put your answers, comments or views in the comments section, it is always interesting to get feedback on what we write in the blogs.