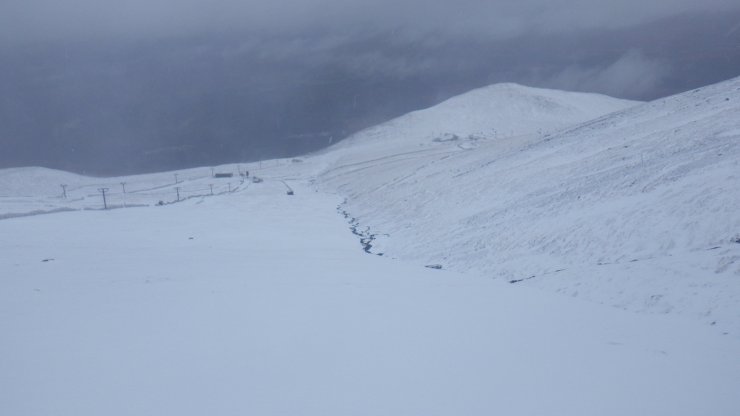 Snow cover improving on the Goose on Aonach Mor. This is a North aspect with photo taken at 1000 metres. 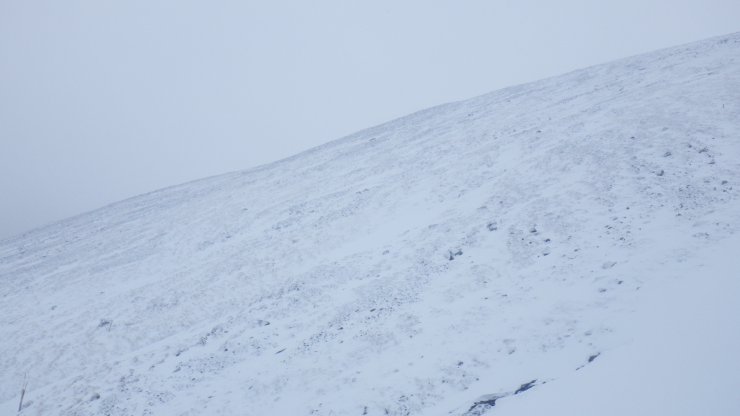 Thin snow cover on a North-West aspect at around 1000 metres.