What a great winter’s day! With the combination of a good weather forecast, good winter conditions and a weekend day, meant that there were plenty of people out enjoying themselves. The snowpack is slowly consolidating in the settled conditions. However, I did see evidence of a few avalanches which probably occurred during snowfall on Friday night. Some substantial cornices guard the top of many Easterly aspects. 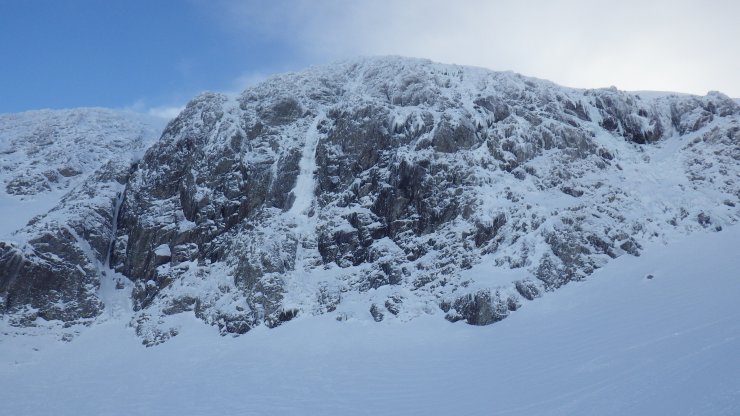 The North East face of Aonach Beag. Ice has formed, but I would not say the routes are in good condition yet.Â 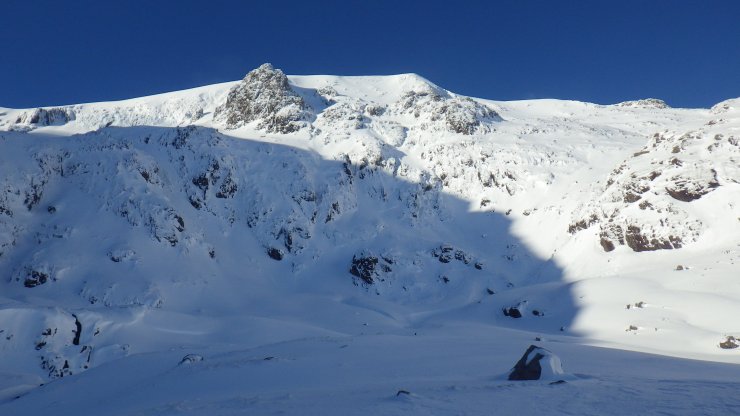 The South East side of Aonach Mor. Notice the crown wall in the shadow in the centre of the shot. This avalanche likely released during during the snow fall on Friday night.Â 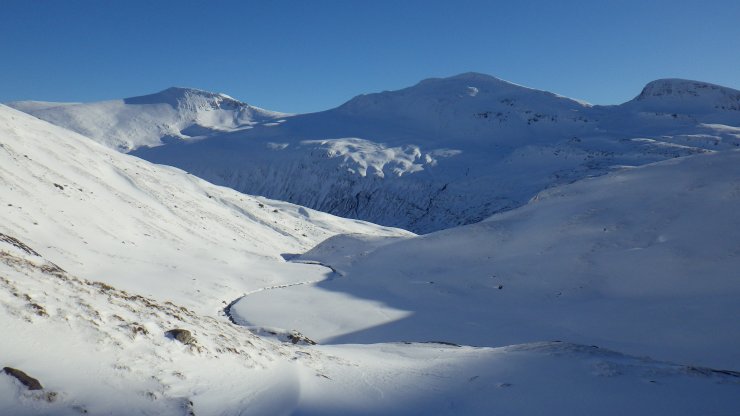 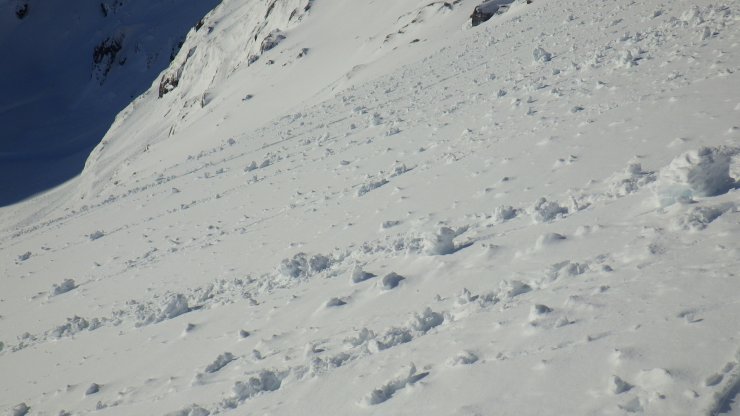 The strong sunshine meant it was feeling pretty warm on Southerly aspects. Sunballs and small point releases were noted. 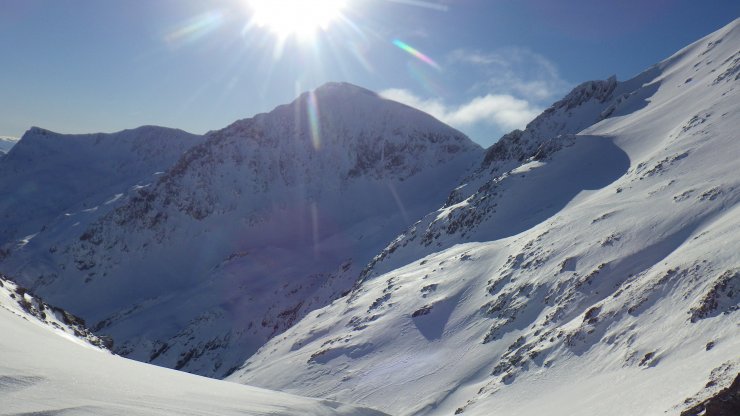 Looking back to Aonach Beag. 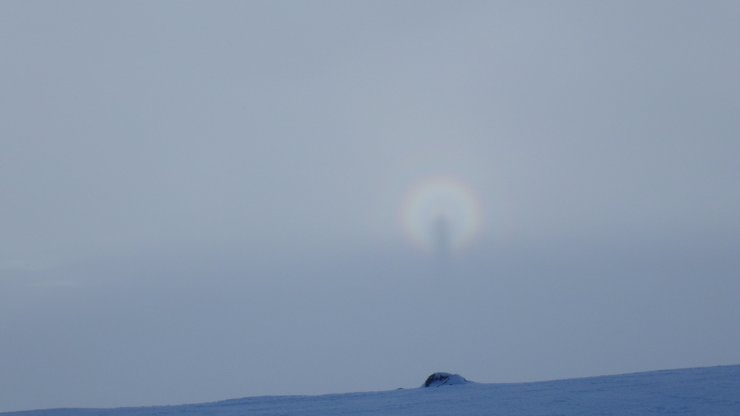 It was not sunny all the time, there were a few blobs of cloud about. However this did lead to good optical effects, in this case a brocken spectre. 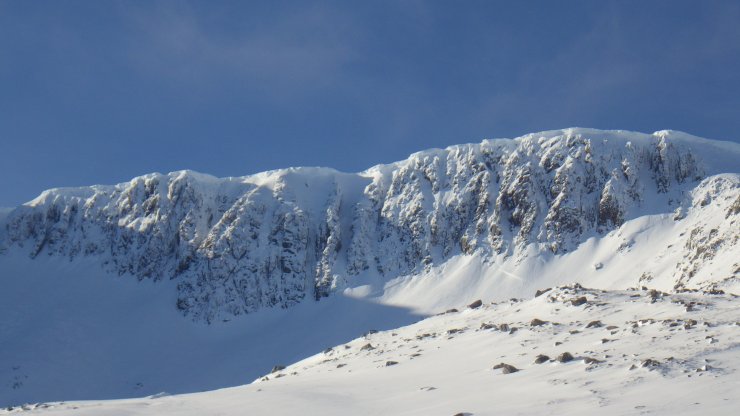 The Northern side of Coire an Lochan of Aonach Mor. A crown wall is visible below the crags, again probably from the snowfall on Friday night.