It was a cloudy start with some snow and poor visibility. It tried to clear through the day, but never really totally managed it. Recent avalanche activity was noted in Coire an Lochan. However, through the day strengthening winds were depositing windslab on Westerly aspects meaning unstable areas of snow can be found on many aspects.

Poor visibility at first. A couple of tourers heading across the Aonach Mor plateau where snow cover was good. 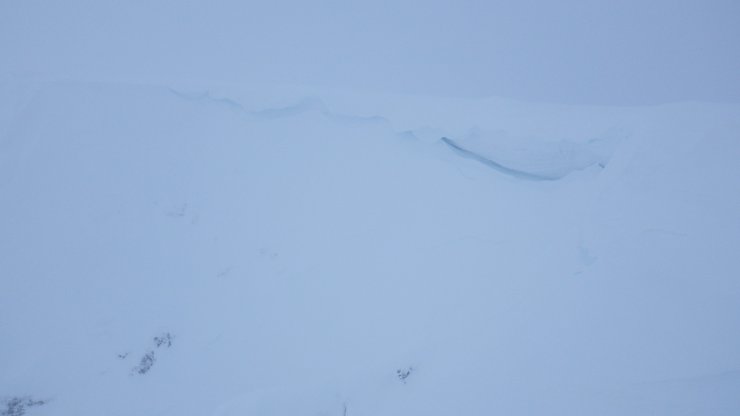 Still quite poor visibility. Cornices at the top of Easy Gully. There was a small crown wall (just about visible in the picture) in the back of the gully, directly below the largest bit of cornice. 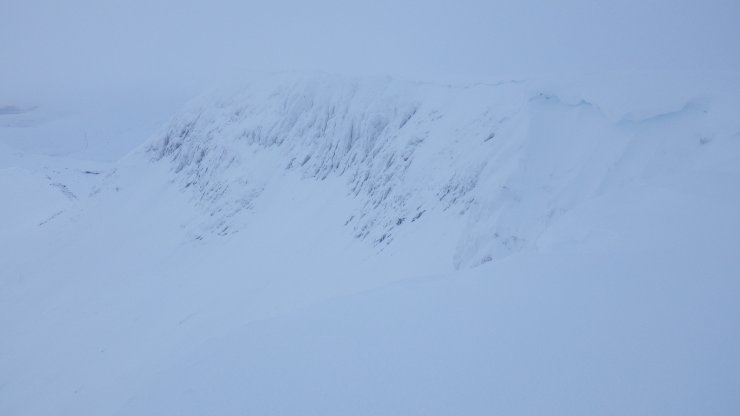 Improving visibility. The South side of Coire an Lochan. Although not really visible in this picture, there had been some overing avalanche activity in this area. 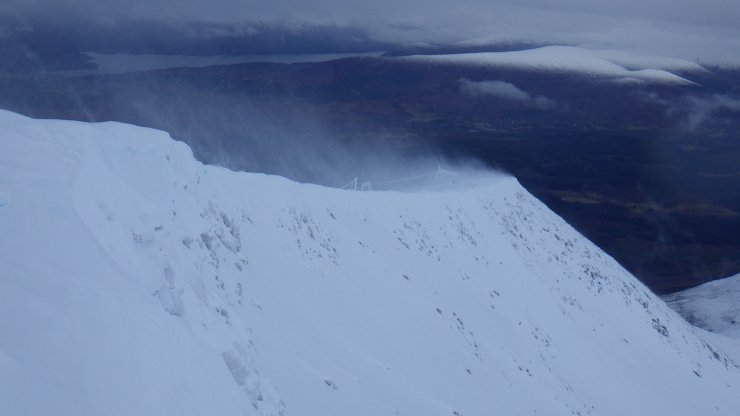 Better visibility, but strengthening Eastley winds scouring the back course of Aonach Mor.