Weather wise it was a bit like yesterday in that the hills were looking clear first thing, but it did not take long for various layer of cloud to start forming. There was likewise little change in the snowpack which is generally quite thin, but with some pockets of unstable windslab. Some recent small scale avalanche activity was noted. 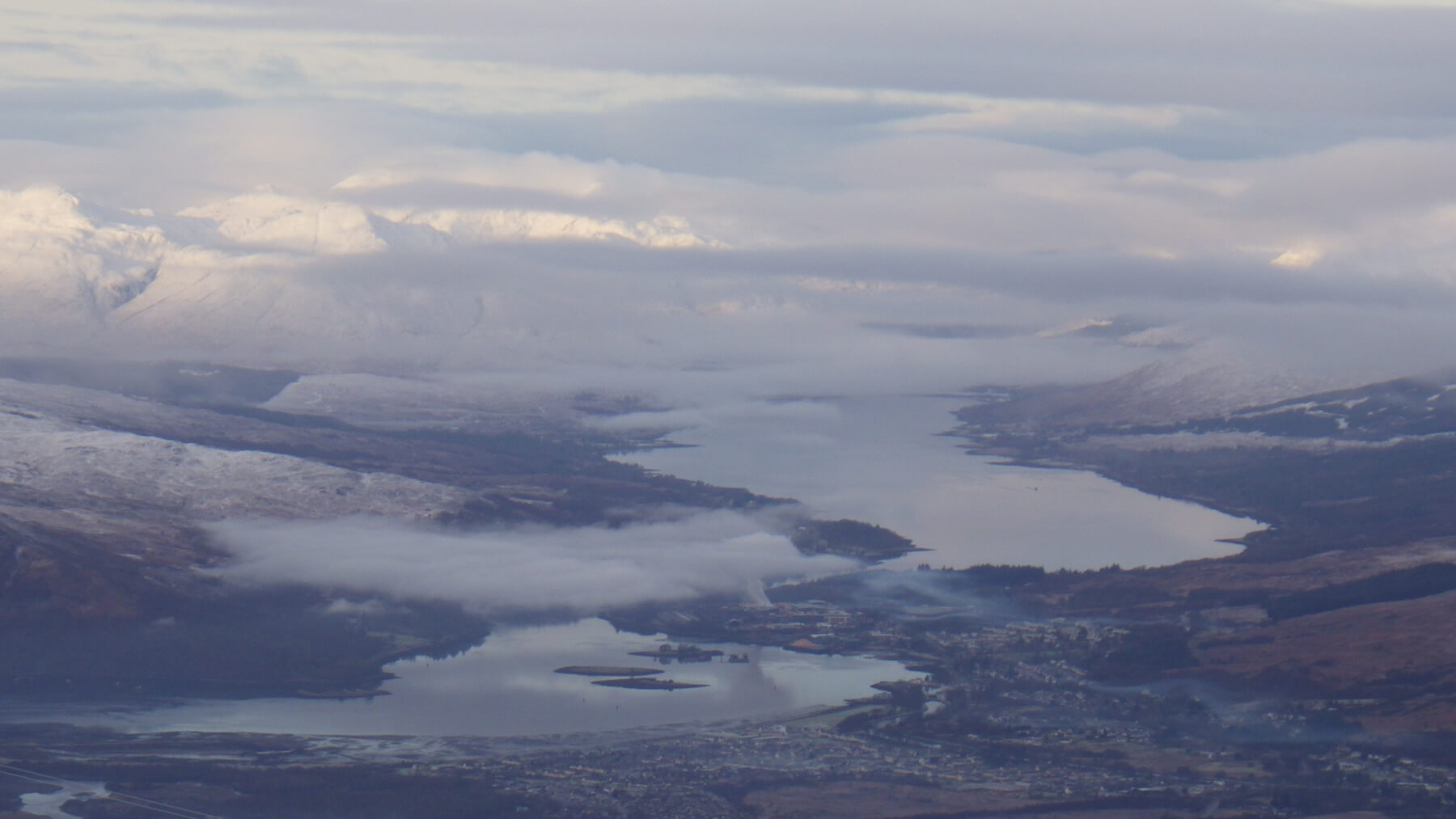 Lots of layers of cloud (one of which is formed by chimneys in the Caol docks) Â looking West over Loch Eil. 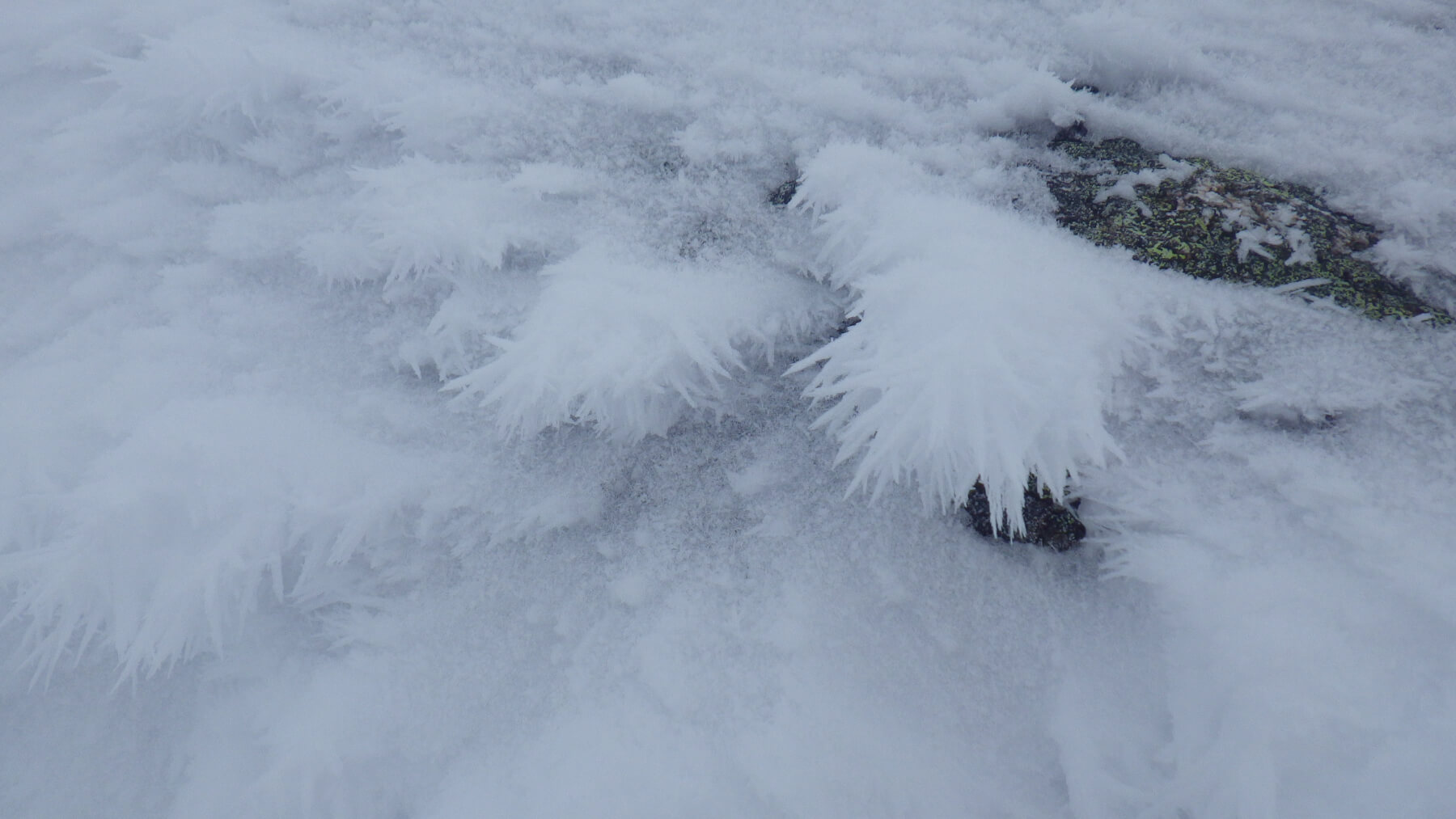 Soft rime patterns forming Â in the damp, cool and not too windy conditions. 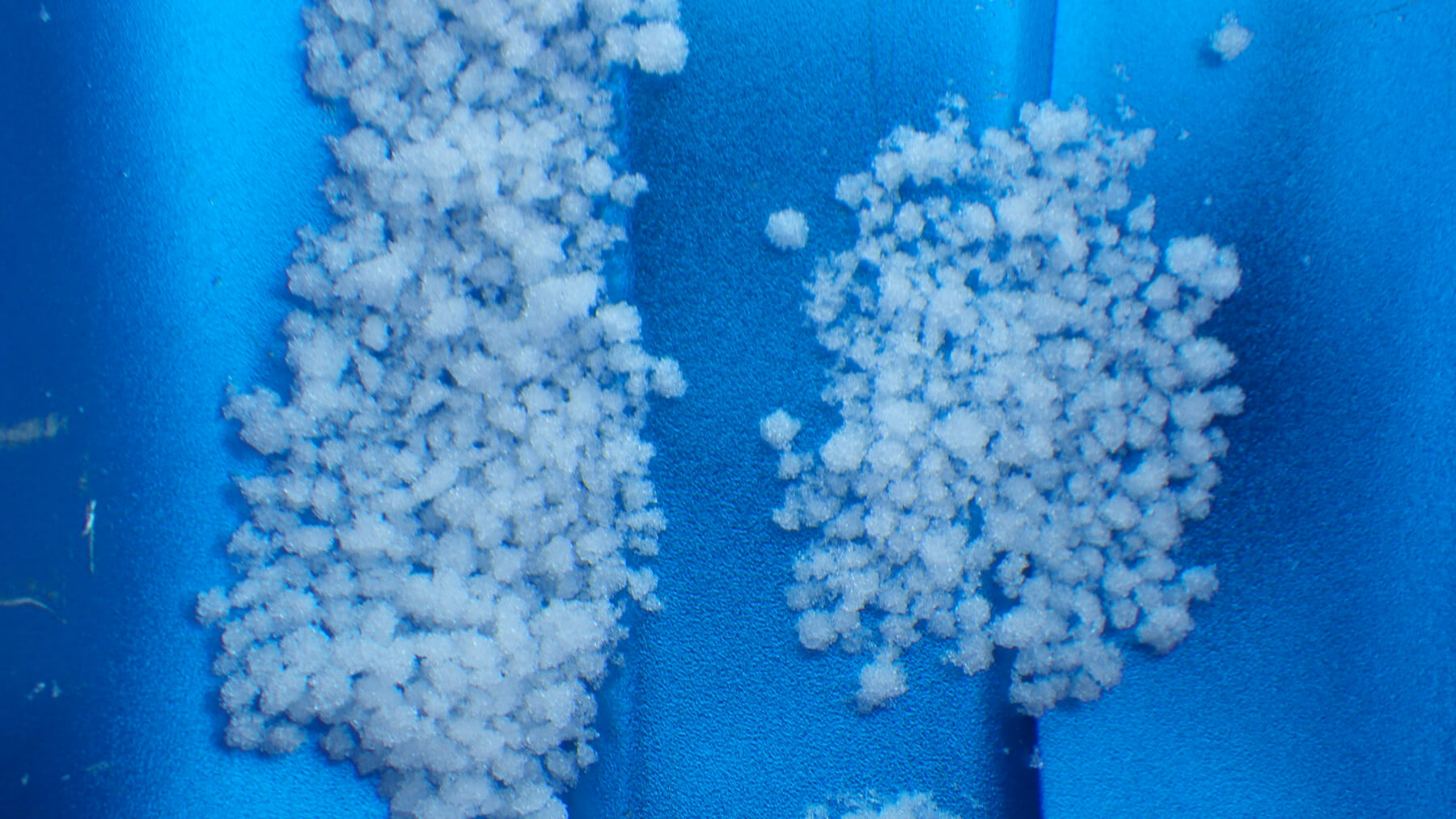 Graupel in the snowpack. Where tested the upper layers of the snowpack shear relatively easily on this graupel. 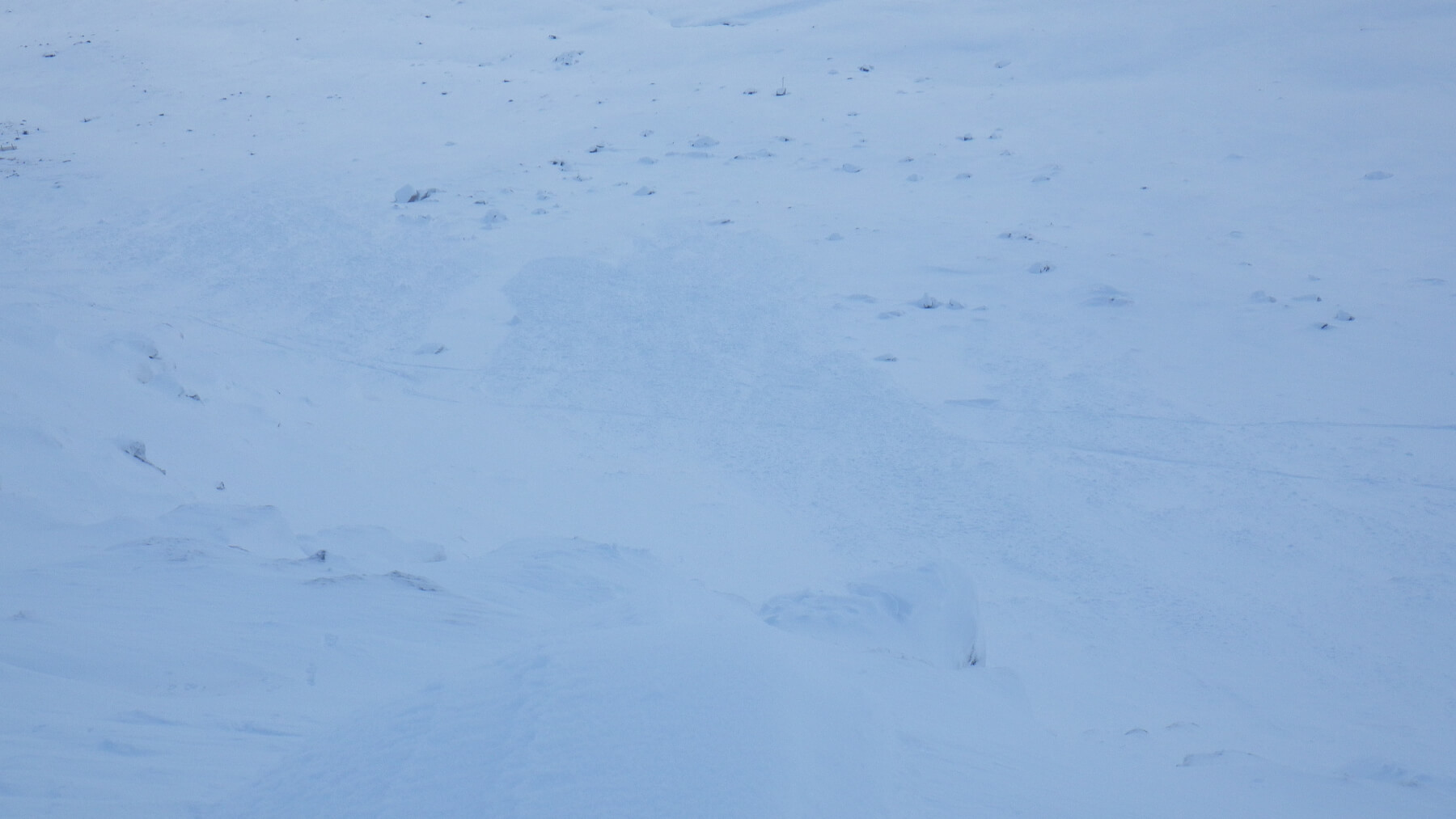 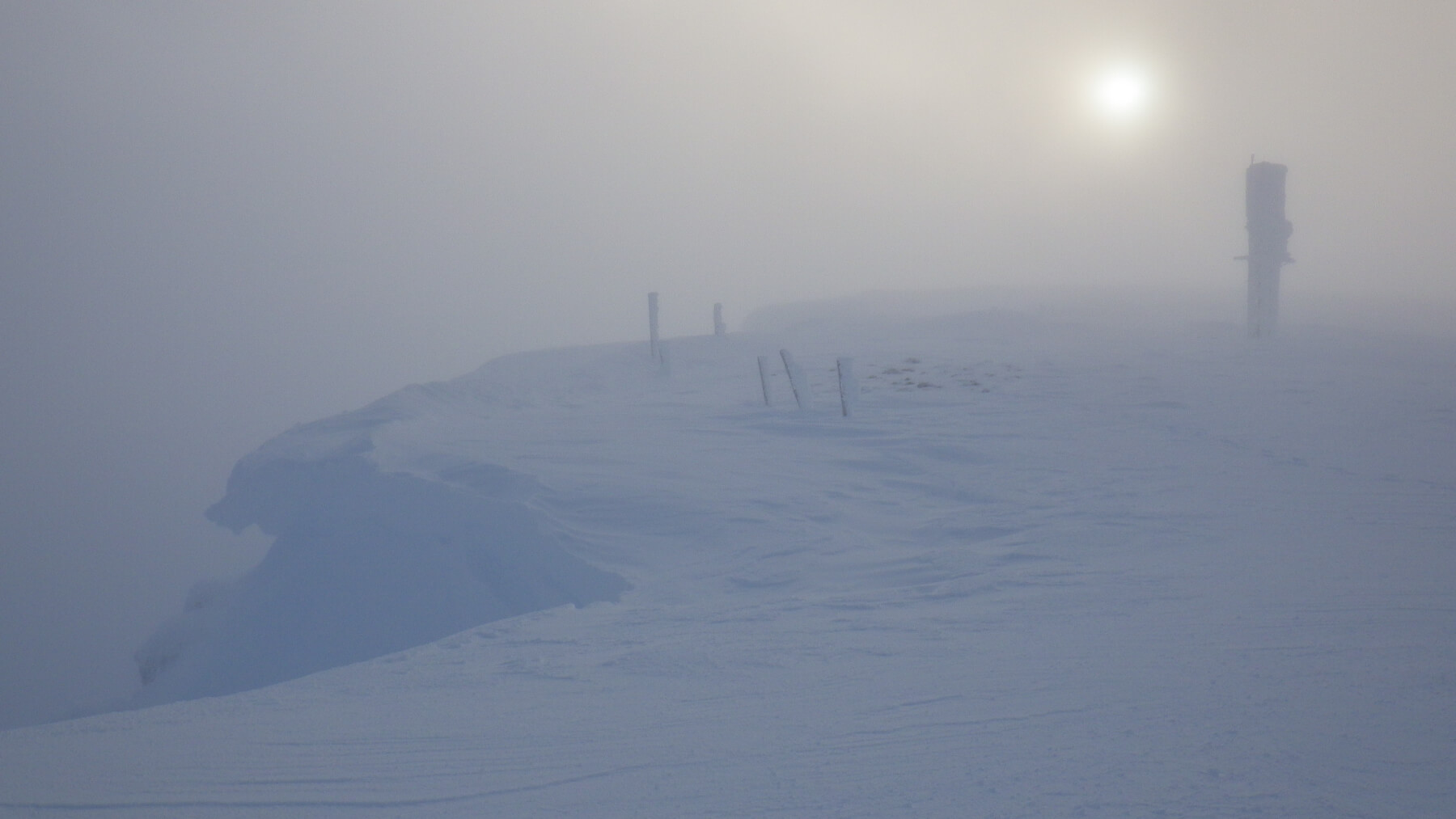 For a period it tried to brighten up at higher levels, but never quite managed it. This was about as bright as it got.