Winter has failed to install!

It was another mild and drizzly day in Lochaber. I am afraid winter seems to have failed to install this year, and unfortunately you can’t just switch the weather off and back on again in the hope that it starts working again.Â The forecast is generally mild for the next couple of days, then colder with some snow towards the middle of next week. Let’s hope that materialises, otherwise I might have to move to Antarctica or somewhere like that to my winter fix this year. 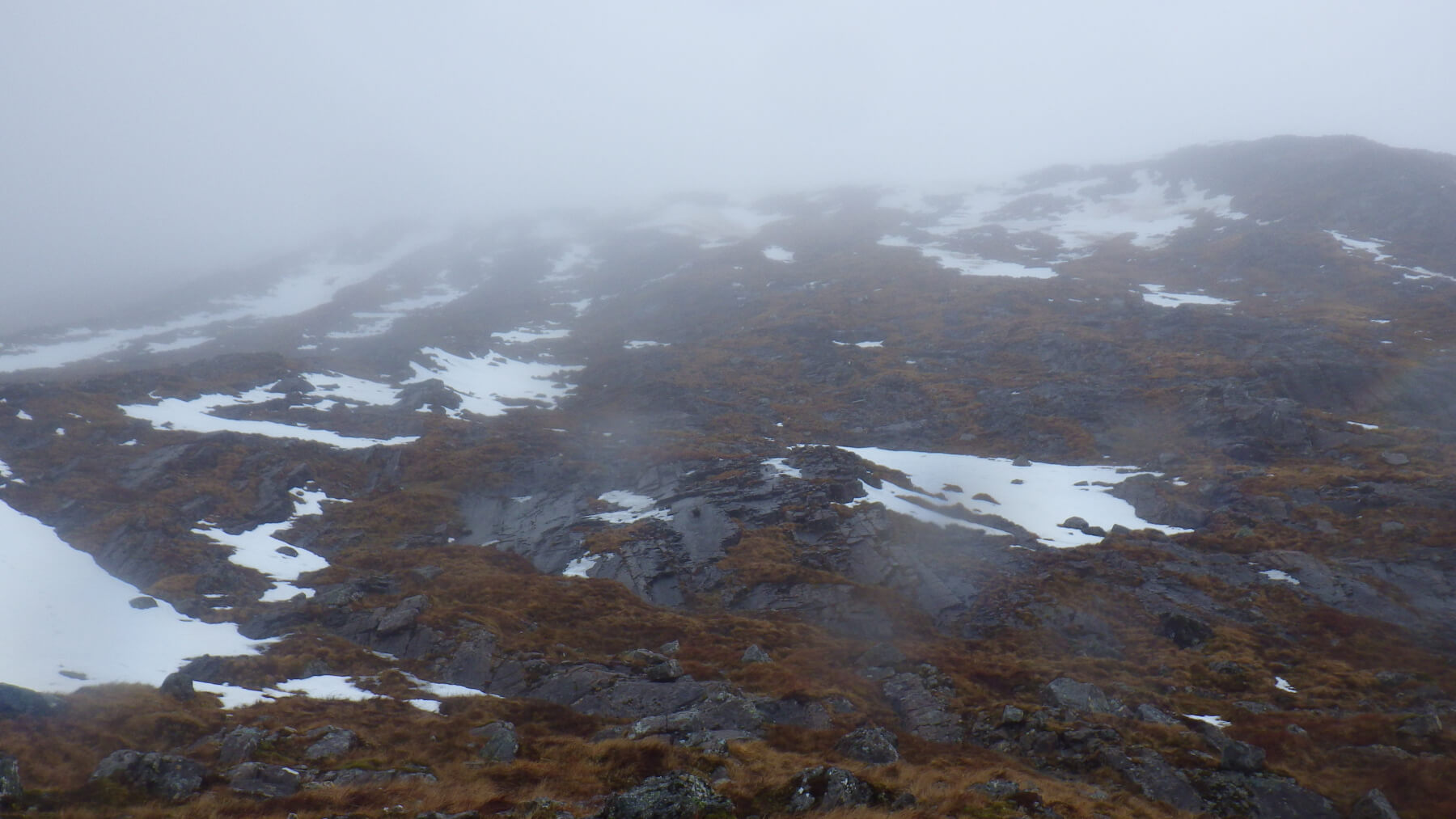 Sub-optimal conditions on the cairn slope.Â 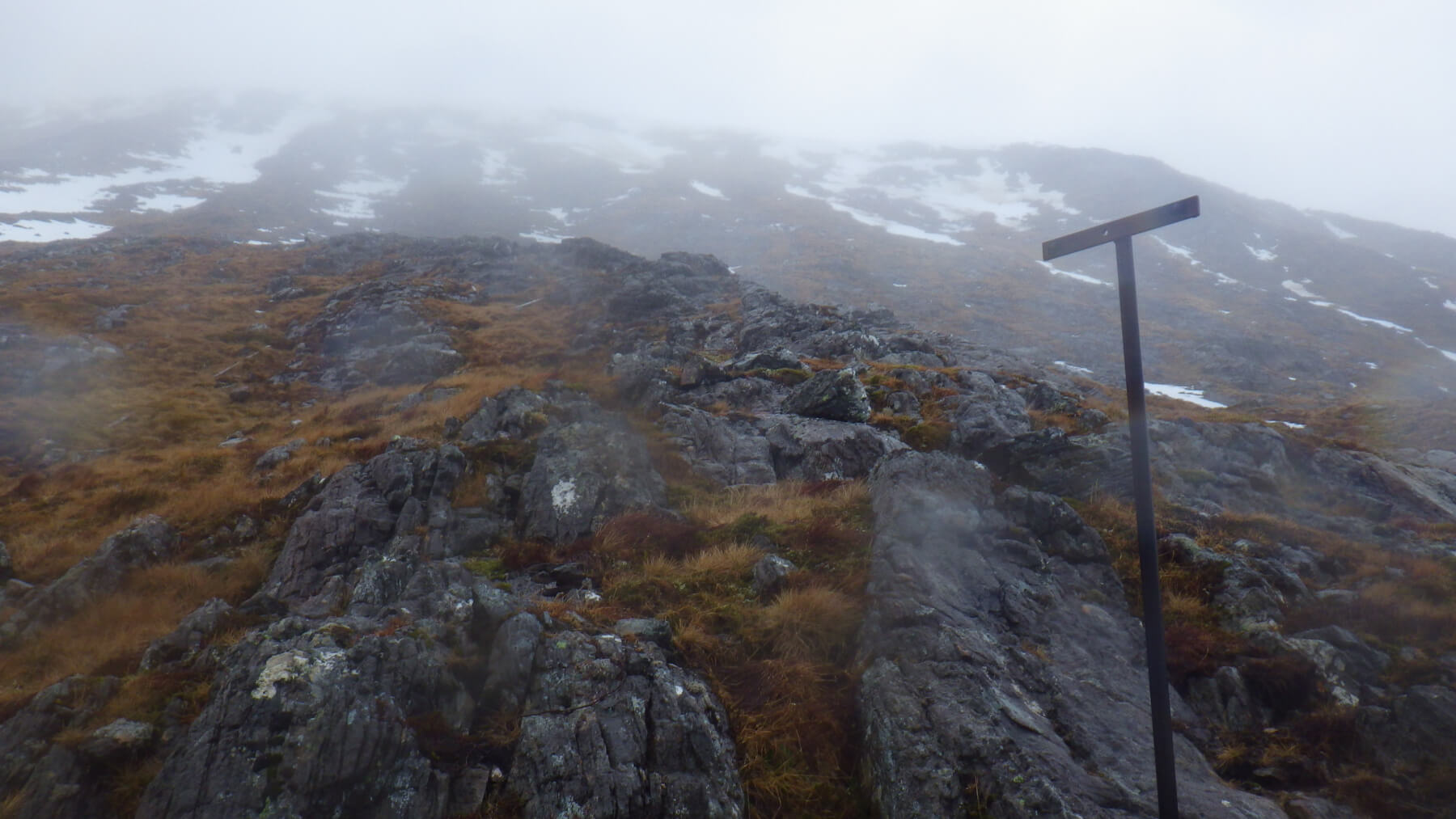 The post marks the traverse line out from the back coires of Aonach Mor for those on skis. There were not many people on skis today! 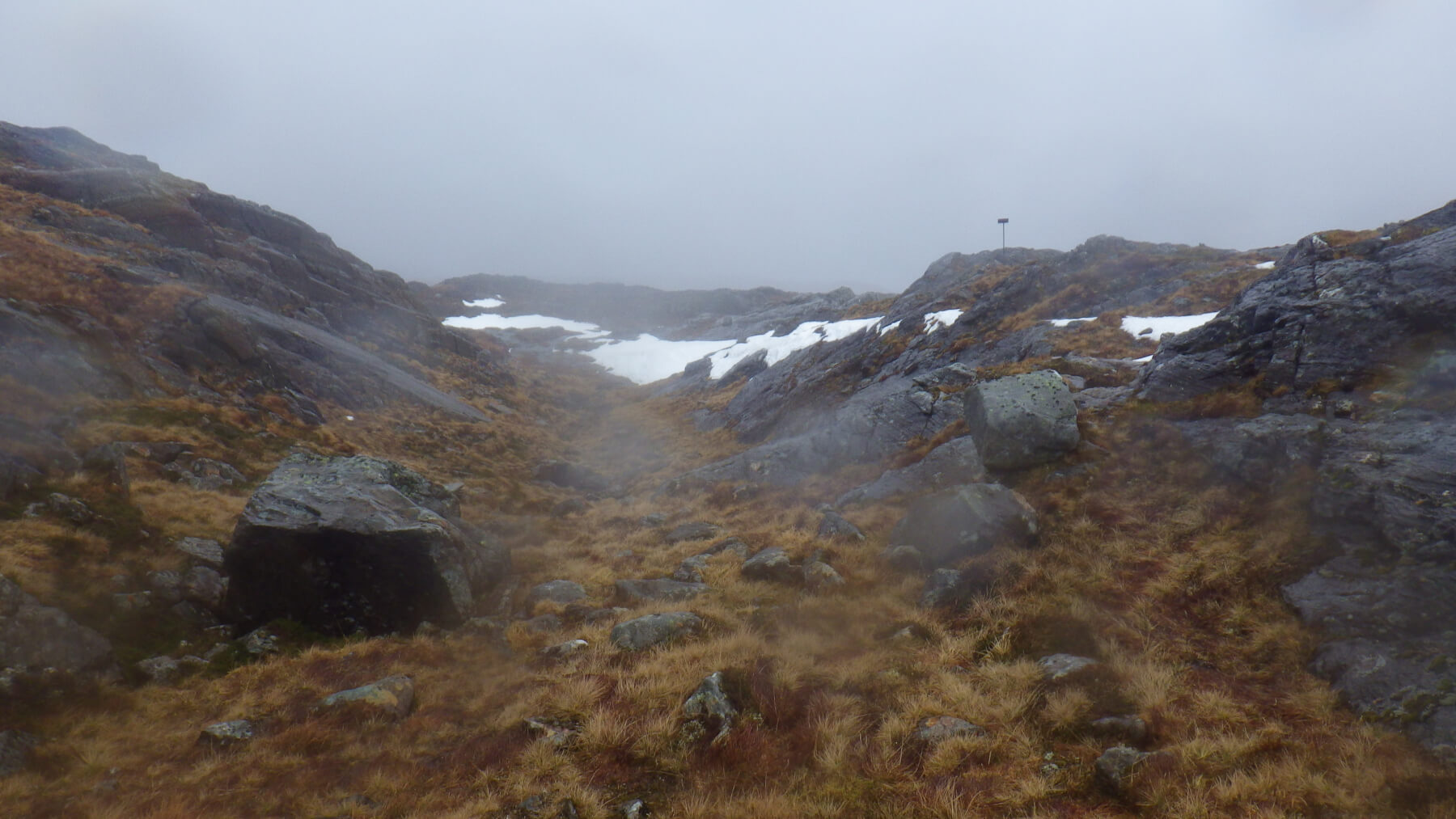 Pinball Alley. This wee gully is also part of the ski line out from the back coires. It usually catches the snow quite well. However, it was definitely looking a bit on the thin side today. 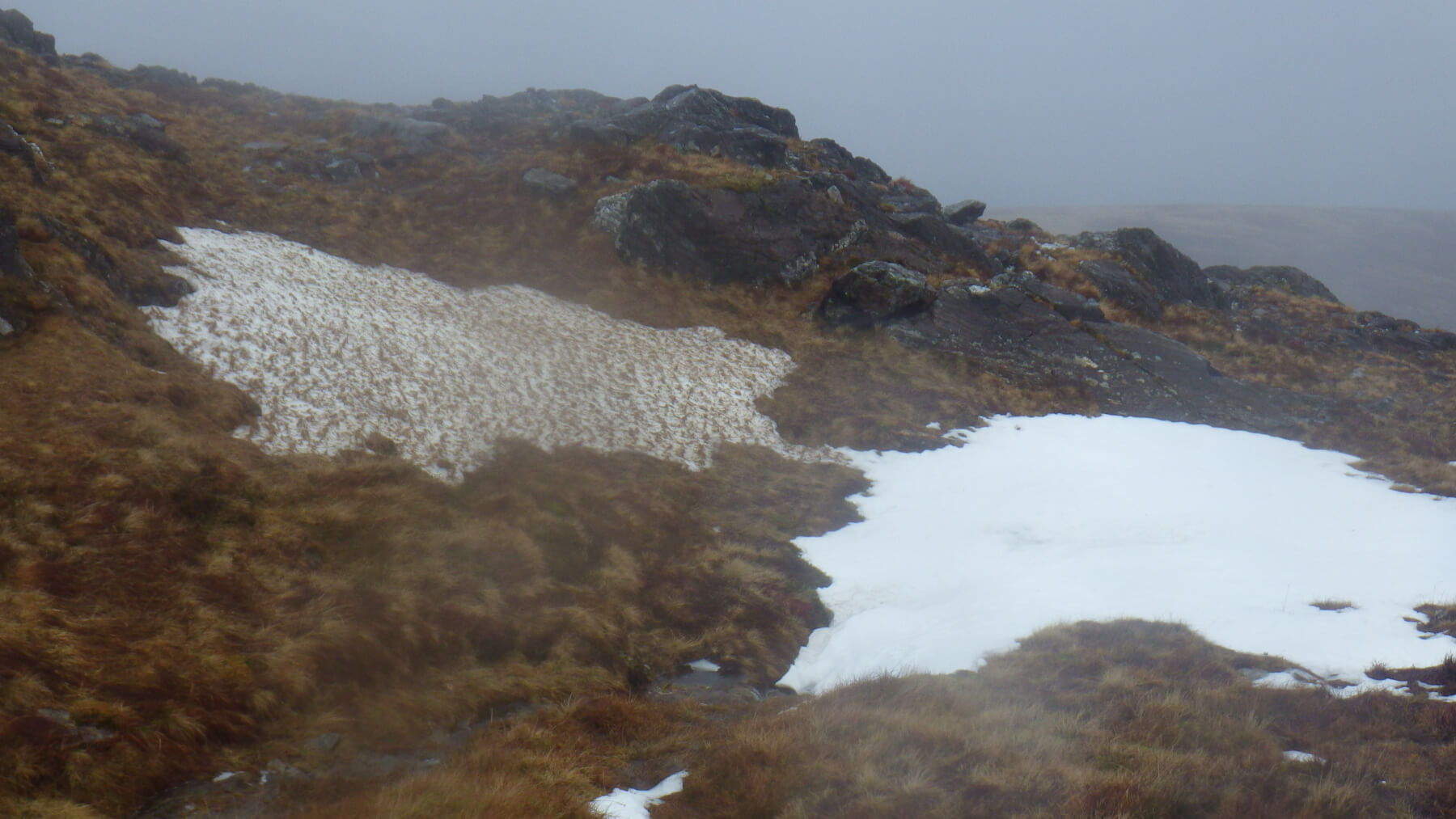 Old snow-New snow. The snow of the left is snow which fell in December, and was subsequently covered in grass and debris blown by strong winds. Having been through a number of freeze thaw cycles and consolidated it was still hard and icy despite the warms temperatures. The snow on the right is from about 10 days ago, and is much cleaner, but also much softer and wetter.