It felt pretty wild on the tops today with strong winds and snow showers blowing through. The video above will hopefully give you a feeling of what it was like during on of these snow showers. Despite all the snow that can be seen blowing around, very little seemed to be sticking to the hill, the vast majority of it was just disappearing back into the atmosphere. However, some patches of windslab were sticking, particularly in sheltered gullies. 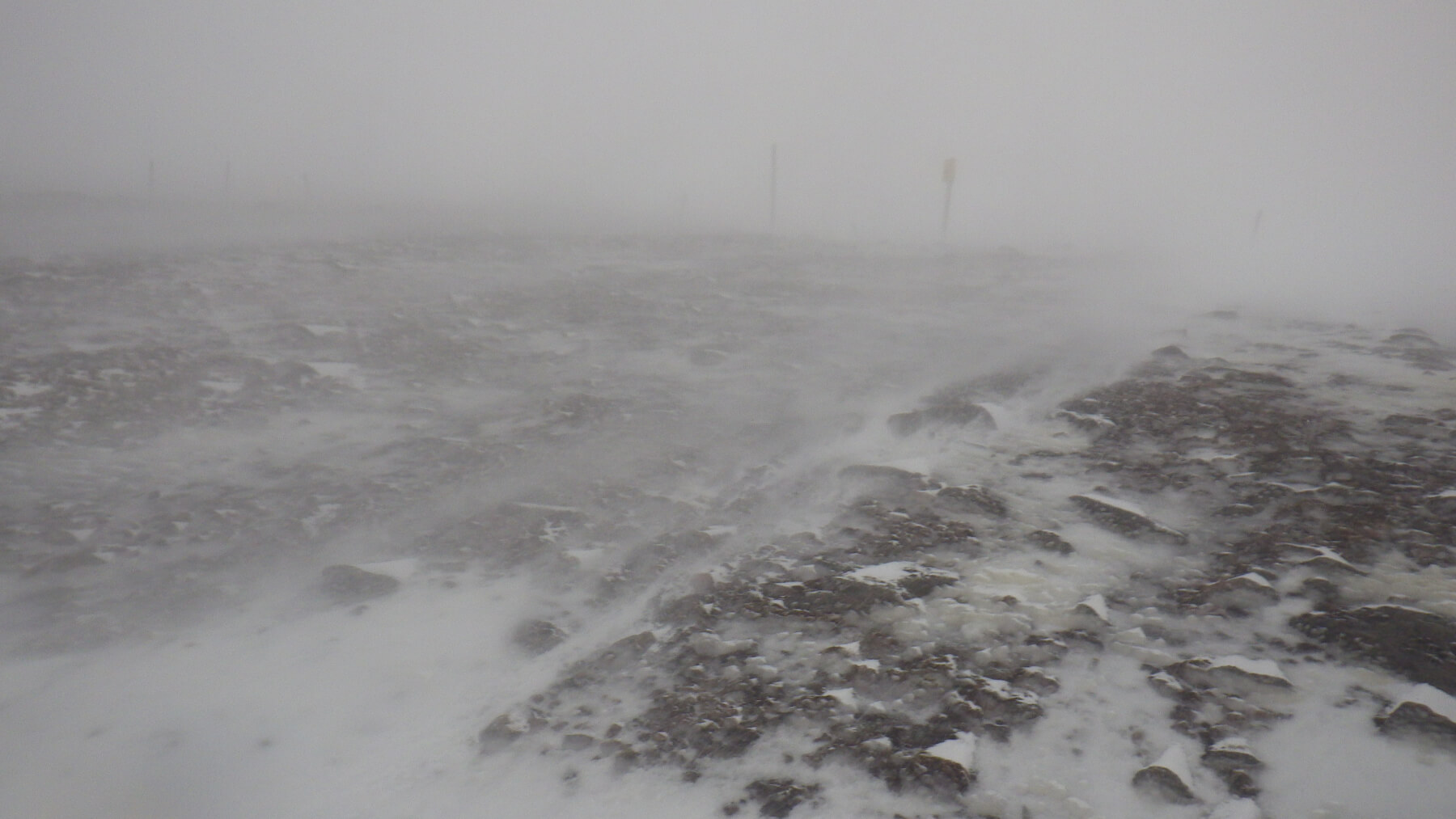 Plenty of snow blowing around at 1200 meters. Unfortunately most it go was being blown off the hill by the strong winds. 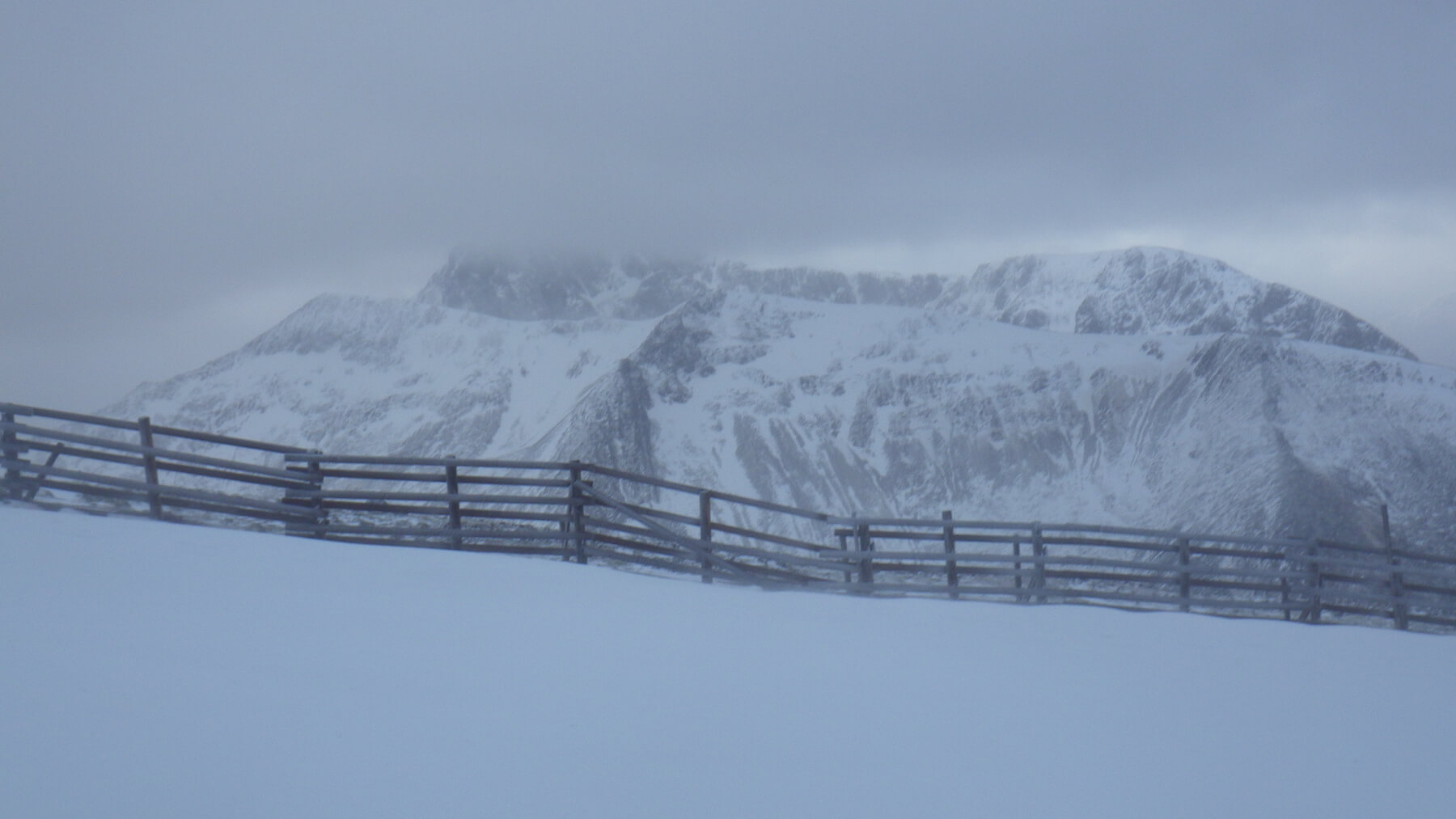 Looking over to Carn Mor Dearg and Ben Nevis during a gap between the showers. Not great cover yet!