There was a dusting of fresh snow at higher levels today. The freezing level was somewhere between about 900m and 1000m. There is still good snow cover at higher levels, although this has frozen in the colder temperatures to give some rather “firm” skiing, but would probably have helped the climbing conditions on Ben Nevis. It certainly feels like winter is clinging on at higher levels. 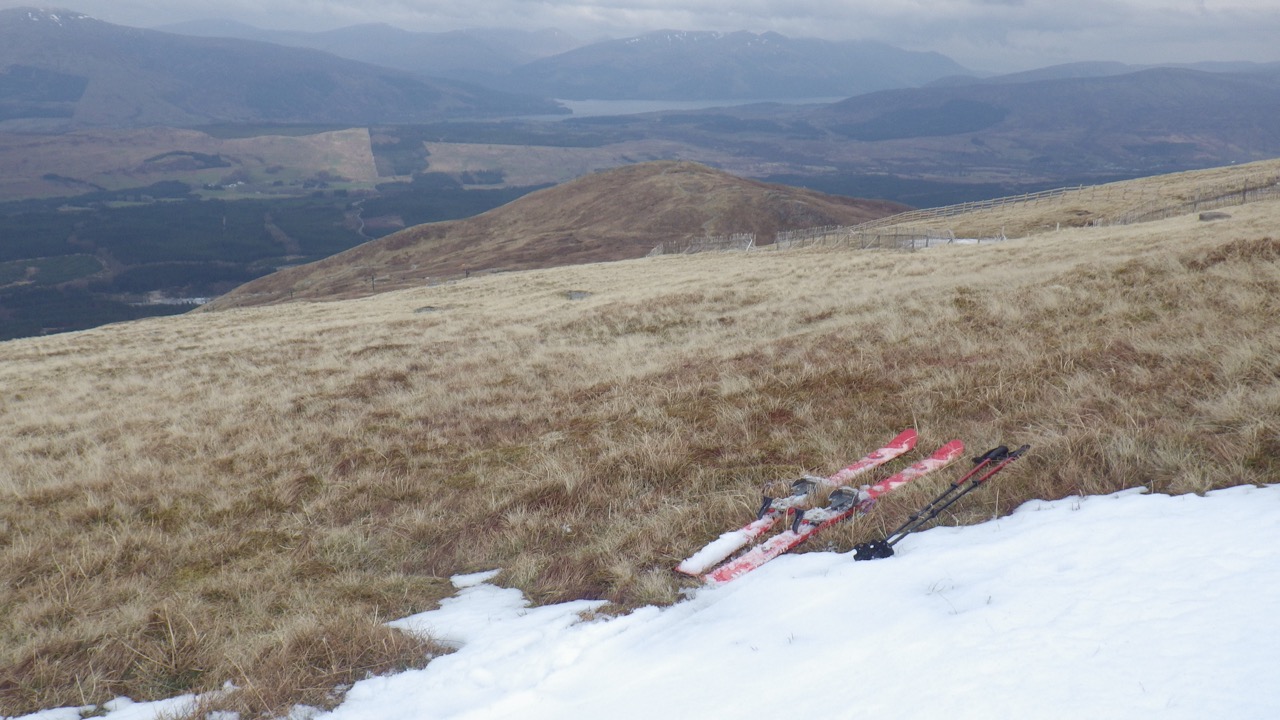 Snow cover is still good above about 800 metres, and skis still feel like the most efficient method of transport. Below 800 metres it is very much summer. 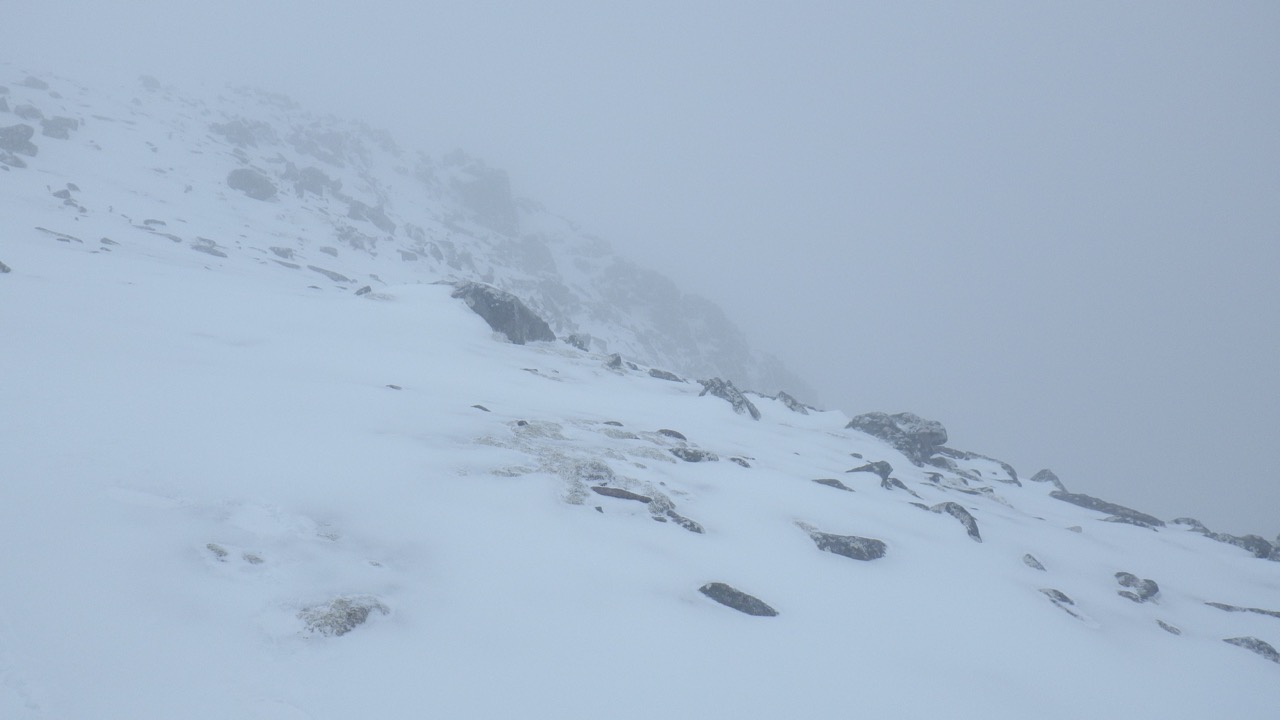 Visibility was poor at higher levels today. There has been a dusting of fresh snow, but nowhere were these deposits noted to be significant. 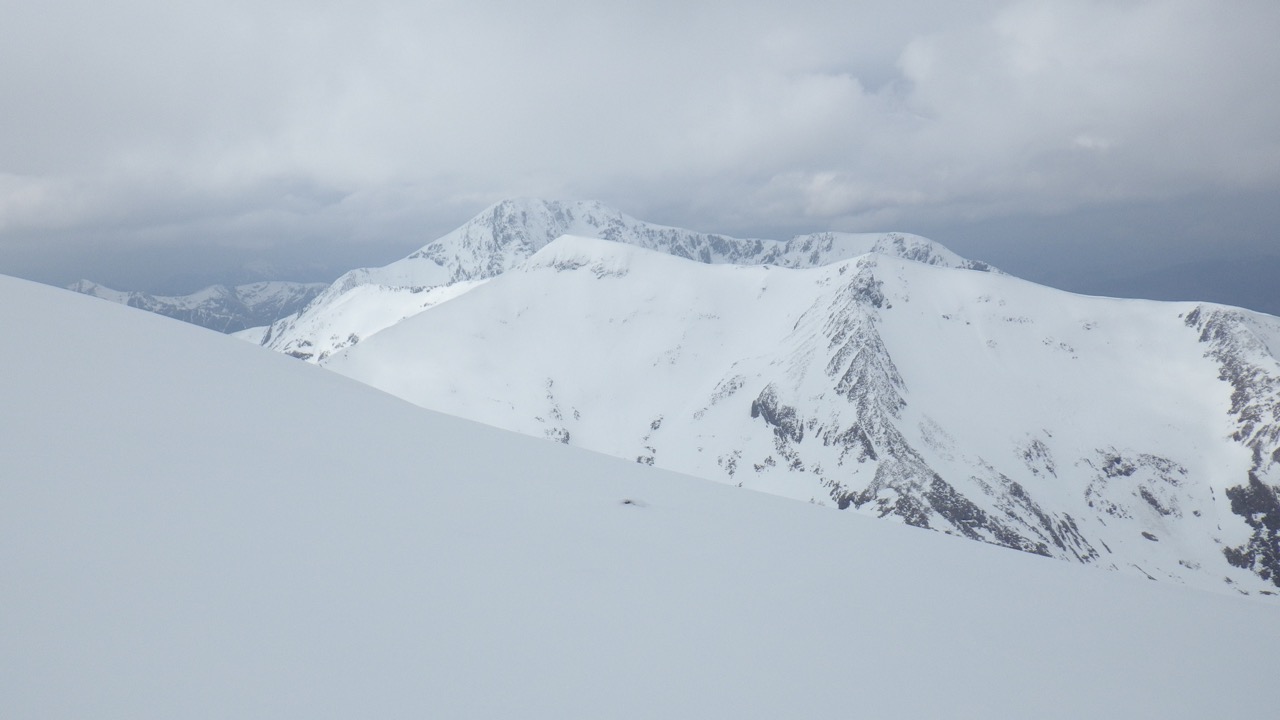 Looking over to Carn Mor Dearg and Ben Nevis. This picture was actually taken yesterday, visibility was too poor to see mcc today, but it does show the good snow cover.