I was on Ben Nevis again today. There was a little more visibility than the past couple of days, but still not very much. Plenty of fresh snow around though. There has been a couple of incidents recently of people been caught by natural avalanches coming down Number 5 gully while they have been approaching route such as Ledge Route or The Curtain. Fortunately no one was seriously hurt, and thanks to the people involved for recording these avalanches on the SAIS website and in the CIC hut avalanche book. Â In the current conditions I would be very wary of spending time below any of the big grade one gullies on Ben Nevis. 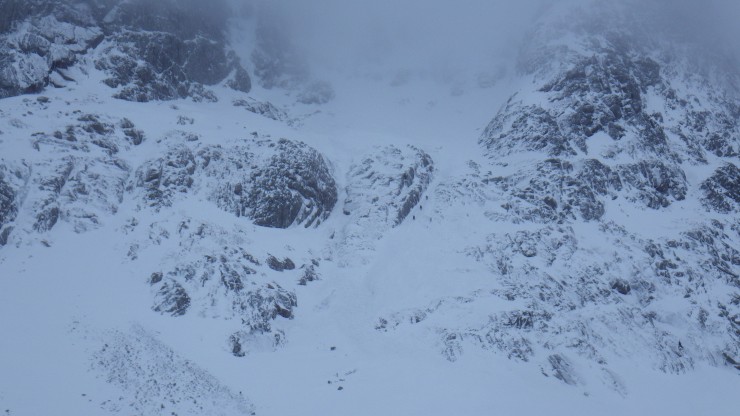 Climbers below the Castle Gullies. Given the current conditions, and how often these gullies avalanche, I would not recommend spending too much time in this area. 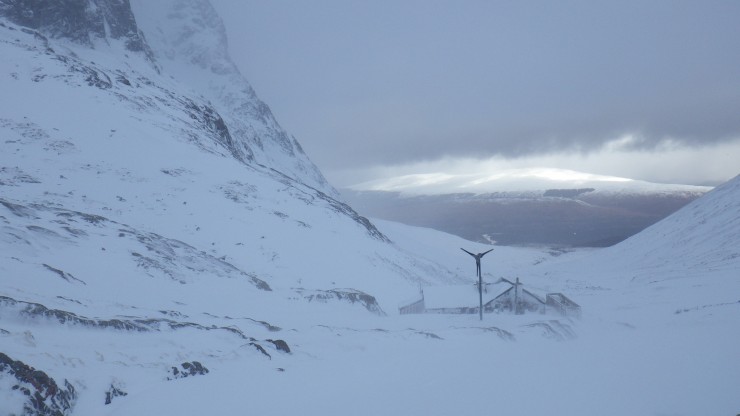 A snowy scene at the CIC hut. 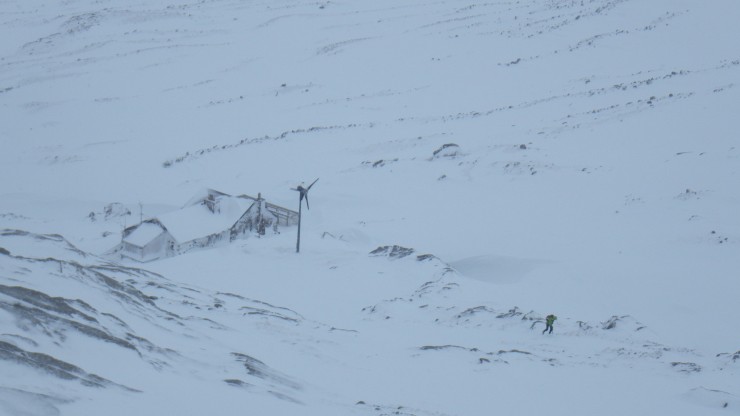 A lone walker above the hut.

An entry from the CIC hut avalanche book. Â I include this for educational purposes to try and help people avoid the heuristic traps that often contribute to avalanche incidents.Â 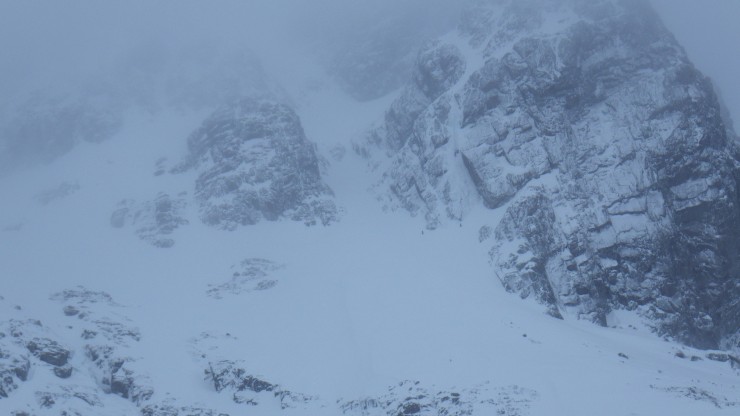 The bottom of Number 5 gully, the scene of a couple of recent incidents one of which is described above.. Two climbers can be seen heading over to the base of The Curtain.