Snowpack conditions have evolved rapidly during the last 24 hours. Last night the freezing level rose well above the summits and there was a period of heavy rain. Although visibility was not that great we saw some evidence of avalanche activity from last night. The streams had been quite a bit higher overnight, and i some places had cut a channel in the snow. This meant crossing the stream just below the CIC hut was quite challenging. The pair pictured below made it across dry (just). However we did see one top climber drying his socks off in the CIC hut after a small stream crossing incident.

Conditions cooled down later in the night, and the surface of the existing snowpack froze and it became stable. However, heavy snow showers through the day were rapidly depositing fresh windslab deposits. 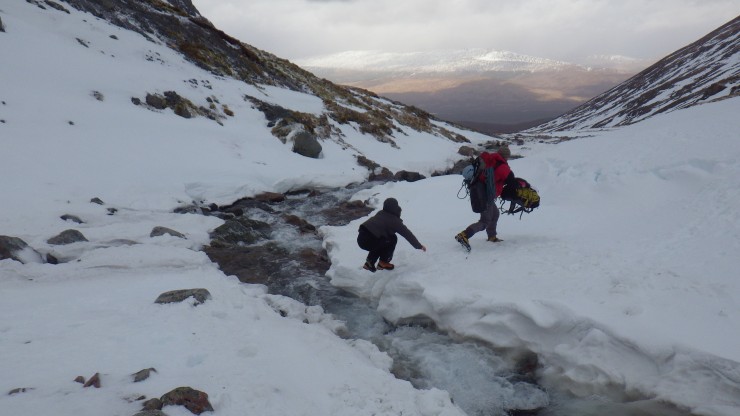 River crossing via an unusual, but successful, bunny hop technique. This was attempt two, attempt one very nearly ended in much wetness. 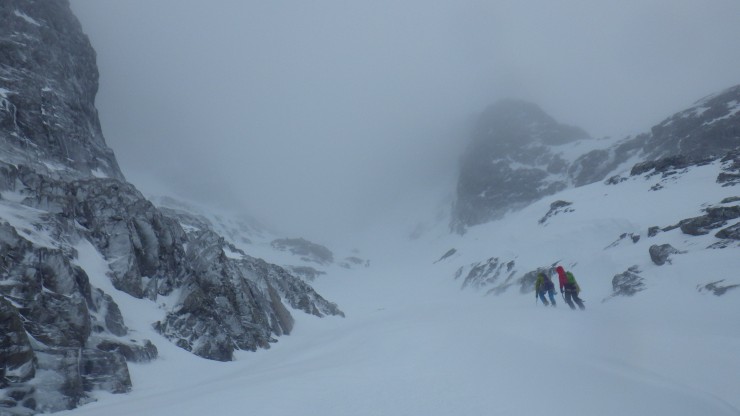 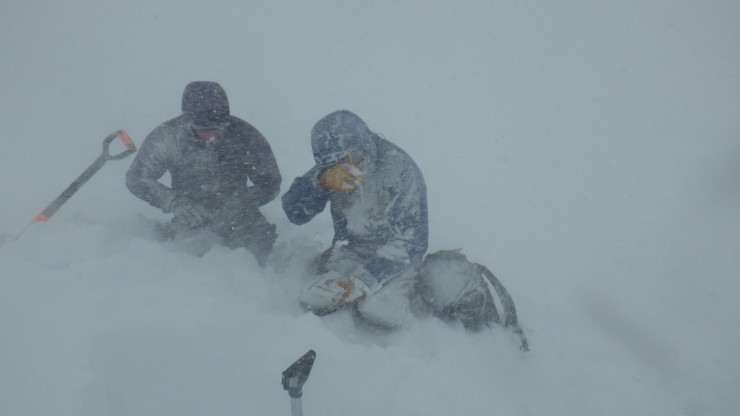 Quite wild conditions during snow showers.