It was a distinctly wintry first day of the season, with strong winds, frequent, often persistent, snow showers and with considerable graupel in the moderately or poorly bonded snowpack. 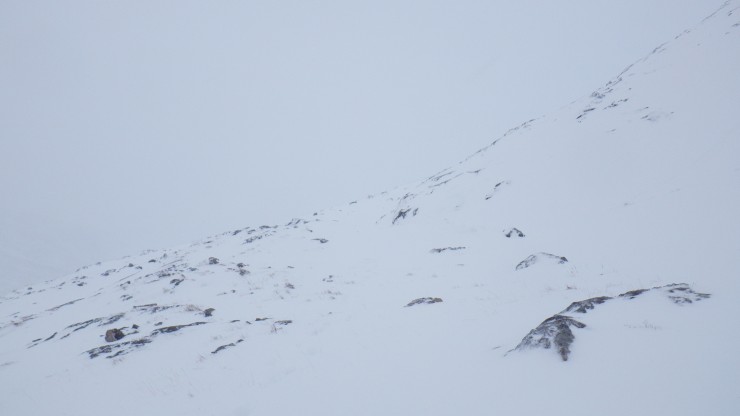 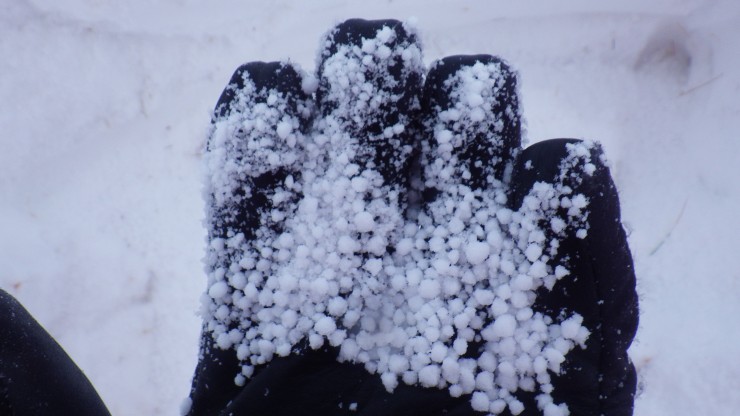 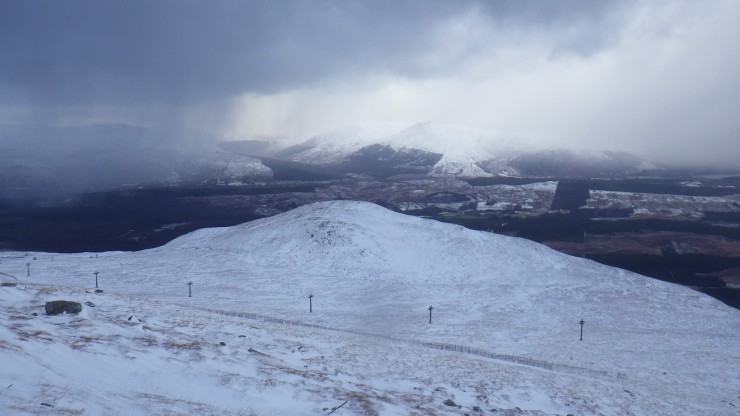 View over Sgurr Finnisg-aig during my descent.