Conditions at 800 metres, starring Lynsay the ski patroller and a lot of snow. Filmed on location at the top of the alpha button in Nevis Rage ski area this morning. Hardly Warren Millar I know, but shows what conditions were like at that level in the snow showers. I imagine conditions would have been pretty wild on the summit at the time. 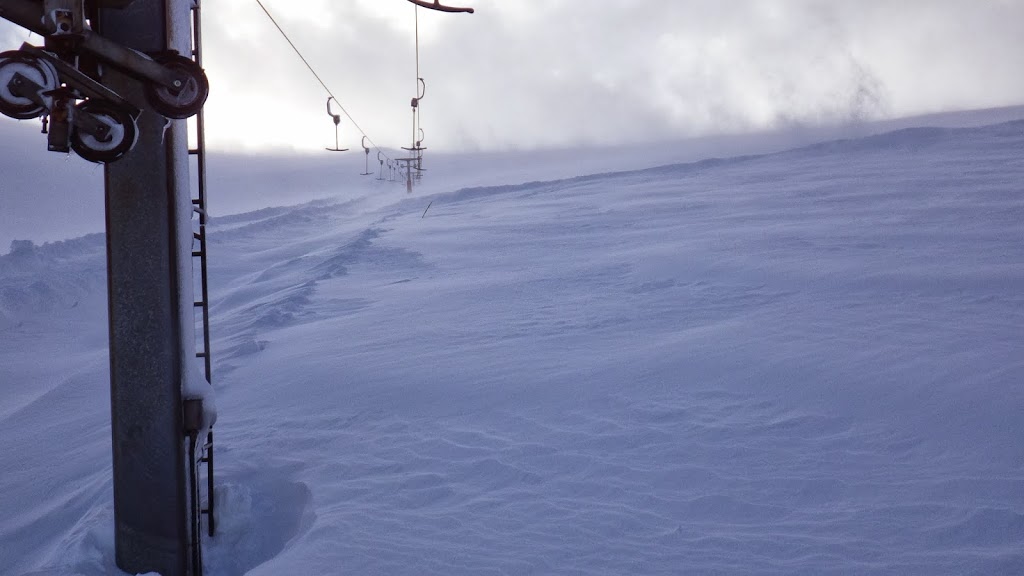 There were a few quite nice spells between showers.  Looking up the Goose Tee-bar. To give you an idea of snow depth, there is a hut the size of a small garden shed somewhere under the snow in this area. 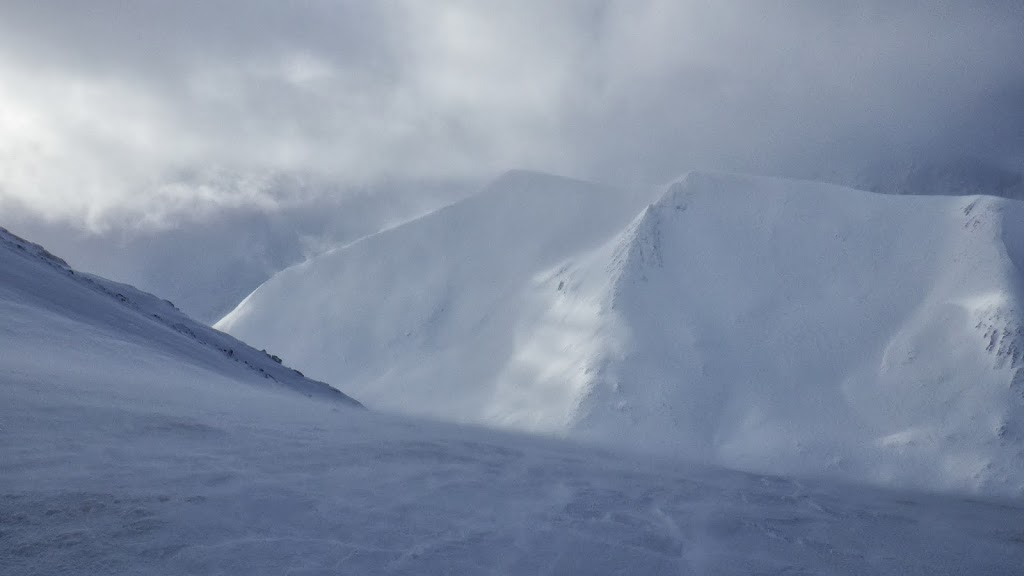 Looking over to Carn Mor Dearg. This was about the best visibility I got all day. Spindrift can be seen blowing off the far ridges. 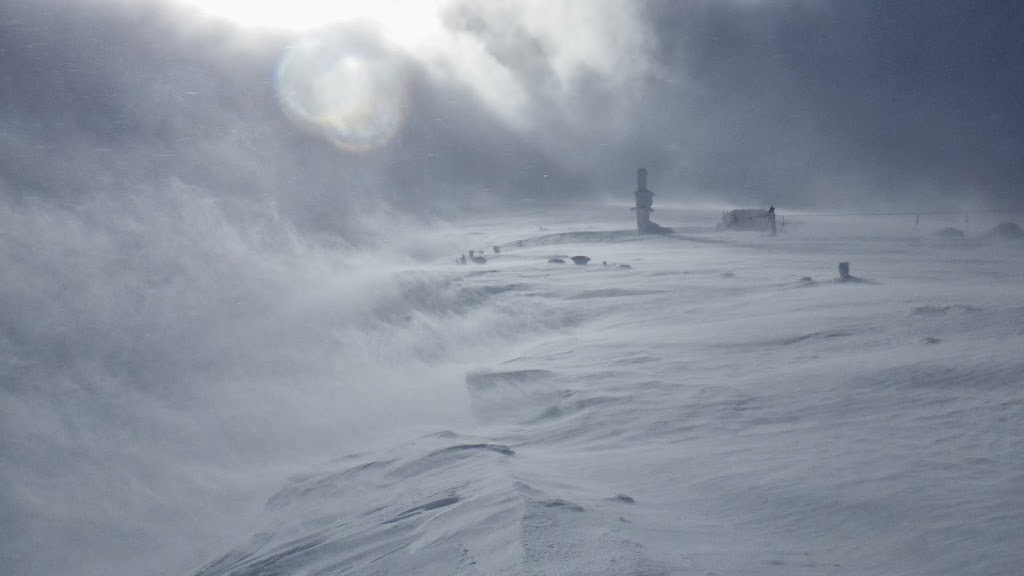 The summit area just before the next snow shower arrived. Large amounts of spindrift can be seen blowing into the Coire an Lochan, building up the cornices and loading the scarp slopes.