Quite a bit of fresh snow around up there now, although visibility this morning above 1000m was particularly poor. 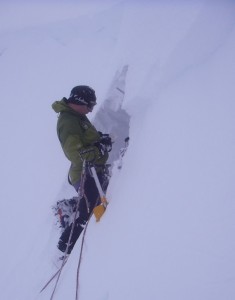 Managed to get into Easy Gully, Aonach Mor (see photo) There had been several natural avalanches in here recently, with another soft slab release triggered by the cornice as we entered. You can see the end of the crown wall in the phto running down towards the pit. 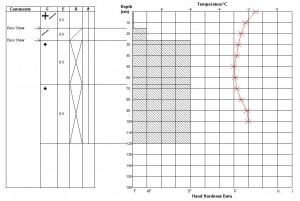 Have included a picture of the surface pit from today, which clearly shows the 2 weaknesses within the snowpack. There was 120cm of fresh snow on top of the old snow layer.
Looks like it is all going to fall down tomorrow are a band of wet and windy weather crosses the area