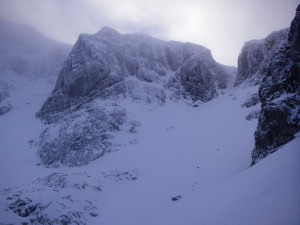 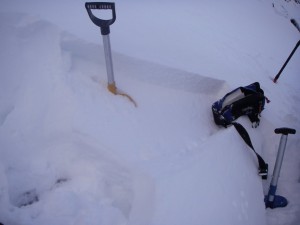 A couple of pictures from up the Ben today.
The snowpit one shows the weak slab layer which is present on many of the aspects above 1000m where windslab has formed. This was quite an easy shear despite the fact the snowpit was done in the corrie. At the tops of some gullies, the stability will be poorer.

The other pretty picture, shows the conditions/snow cover in Coire na Ciste, between No2 and No3 Gullies