It was another day of unbroken sunshine of the tops and cloud in the Glens. Summit temperatures have been very warm, but to double figures at times.Â  The combination clear skies (at higher levels) and long night has allowed for plenty of radiative cooling. This combined with low humidity and light winds has meant that snowpack remained hard and icy despite the warm temperature. Where I measured it today the surface of the snow was about minus two degrees Celsius, despite the air a couple of meters above being around plus seven.Â  The snowpack is hard and icy throughout, and a slip or stumble while crossing snow at the moment could have very serious consequences. 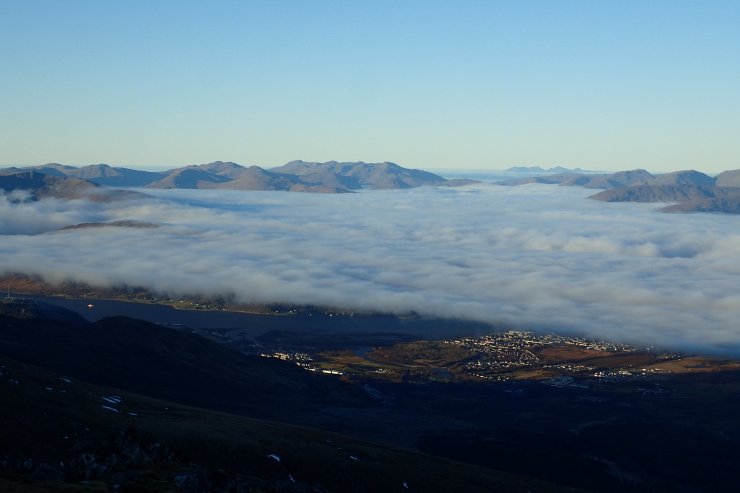 Looking West over a sea of cloud out to Rhum in the distance. The houses of a local village just catching the sun under the edge of the cloud blanket, quite a “caol” effect is you ask me.Â 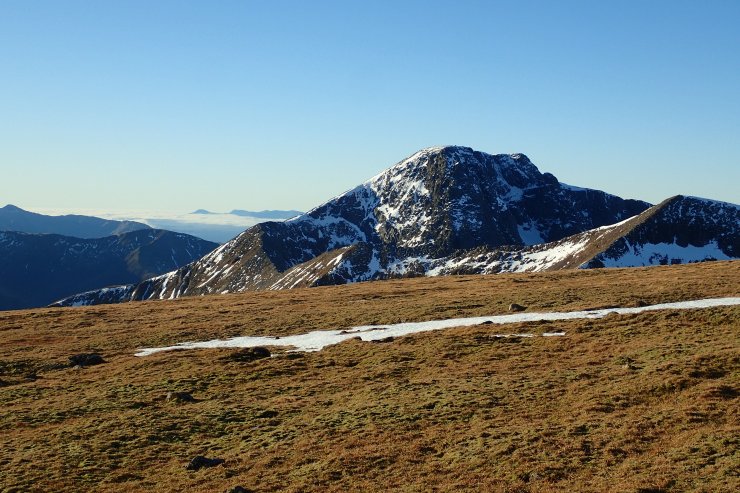 Looking over to Ben Nevis from the Southern side of Aonach Mor.Â 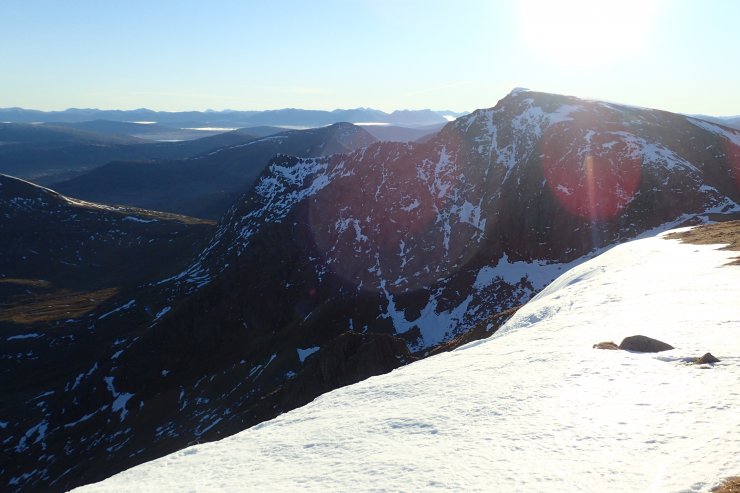 Over the past few days we have seen some unusually low humidities on the the mountains. The graphs above show the wet bulb, dry bulb and relative humidity on the summit of Aonach Mor. On Friday afternoon the humidity got down to less than 20%.Â

Looking at the data from out weather station of the summit of Aonach Mor (https://holfuy.com/en/weather/1365 if any of you don’t have that link) I was quite interested to see quite that a couple of days ago humidity dropped to below 20%. A couple of years ago an interesting paper came out about humidity measurements on Ben Nevis as measured by theÂ  observatory staff during the period that that was operational, these records being recently digitized by a citizen science project.

Anyway the BBC reported this and have a article able this paper on their website; https://www.bbc.co.uk/news/science-environment-47615716Â  and a link to the paper itself can be found about half way down the article. A figure from the paper (shown below) shows relative humidity measurements from a number of mountain sites as well as a lwoloand site in England.Â  All the mountain data shows the same general trend (note that Per mille frequency is the percentage value divided by 10). From the Observatory data humidities of less then 20% occur about 0.6% of the time. This is in keeping the the Aonach Mor data (note this data is from the met station rather than the Holfuy station which the link above is to). It is slightly less than the Cairngorm, and that seems reasonable given that Cairngorm is further away from the sea. At the other end of the spectrum,Â  it was more that 95% humid 81% of the time on the summit of Ben Nevis. Compared to the lowlands, the mountains tend to be close to 100% humidity more often, and also less than about 35% humidity more often. 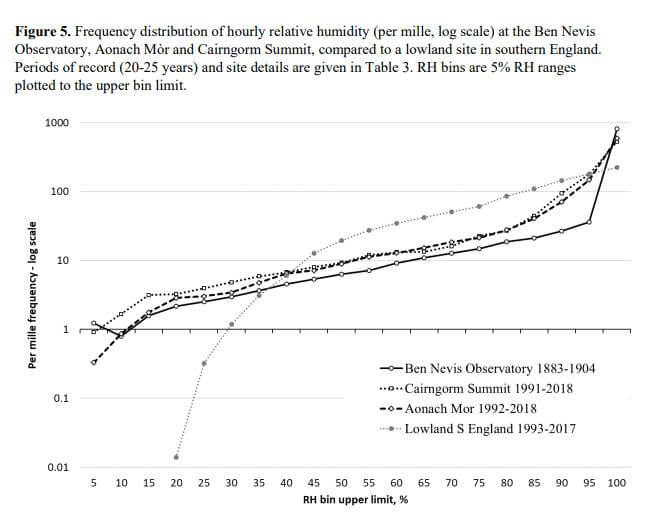