In contrast to conditions during storm Barra yesterday, it was very still on the summit of Aonach Mor today. However, in common with yesterday visibility was poor. There has been a fair bit of new snow, and ascending through the ski area was a lot easier on ski than it would have been on foot. It is certainly feeling pretty wintry in the hills at the moment. Good timing as the all six SAIS areas start full time forecasting tomorrow.

The person who started naming storms, Clement Wragge, has strong connection with the Lochaber Hills. During 1881 after learning of the Scottish Meteorological Society’s plans to establish a weather station on Ben Nevis, Wragge offered to make daily ascents and take meteorological observations. This offer was subsequently accepted with Wragge climbing to the top of the mountain on most days between 1 June and mid October, while his wife took comparable readings near sea level at Fort William. When the Summit Observatory was opened in 1883 he applied for the job of Superintendent, but was unsuccessful. He then moved to Australia, perhaps looking for some drier weather after all those wet days on the Ben (I know how he feels). While there, as well as infuriating most the local meteorologists and astronomers, he started the convention of naming cyclones. His original idea was to name them after the letters of the Greek alphabet but he later used the names of figures from Polynesian mythology and politicians. Politicians to have cyclones named after them by Wragge included James Drake, Edmund Barton and Alfred Deakin. Other colourful names he used included Xerxes, Hannibal, Blasatus and Teman. Perhaps it is a good thing we don’t use politicians names these days, I suspect it could all get a bit political if we did! After Wragge’s retirement, the practice of naming cyclones would cease for sixty years (refÂ  Wikipedia). 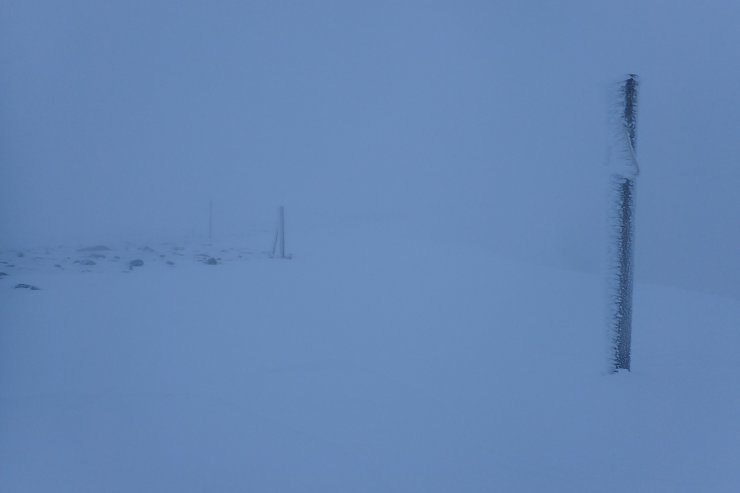 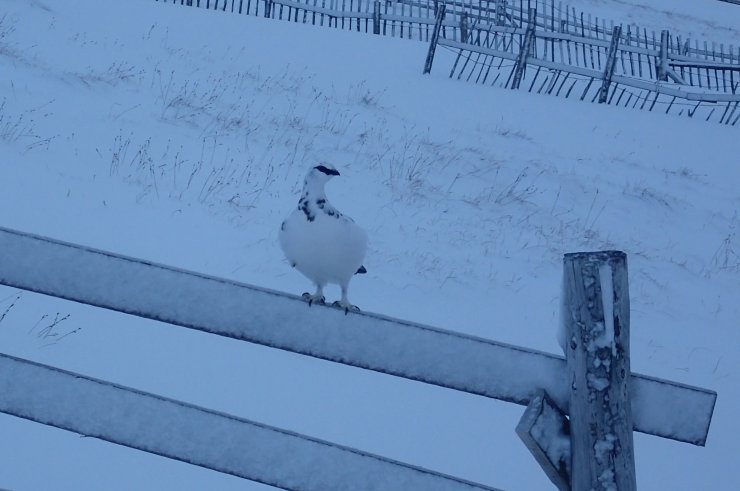 One of the locals. One thing I have noticed last winter was how much wildlife I see walking or skinning up through the ski area. Usually I see ptarmigan running along the ground. Unusually this one flew over and landed on this ski fence beside me, stared at me for a bit, did a poo, and flew off. I am not entirely sure how to interpret this behaviour, it probably means something like “Oi, you get out my ski area!” 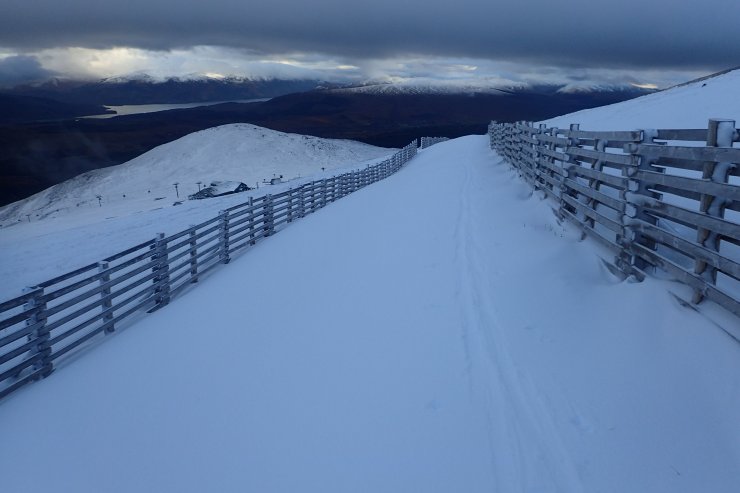 The snow fences have caught the snow quite well, particularly where they traverse across the hillside.Â