Quite a lot of fresh snow has fallen. In some wind sheltered locations this is soft and unconsolidated giving great skiing but in others there is unstable windslab. It was cold with moderate West-South-Westerly winds and very variable visibility as the pictures below show. 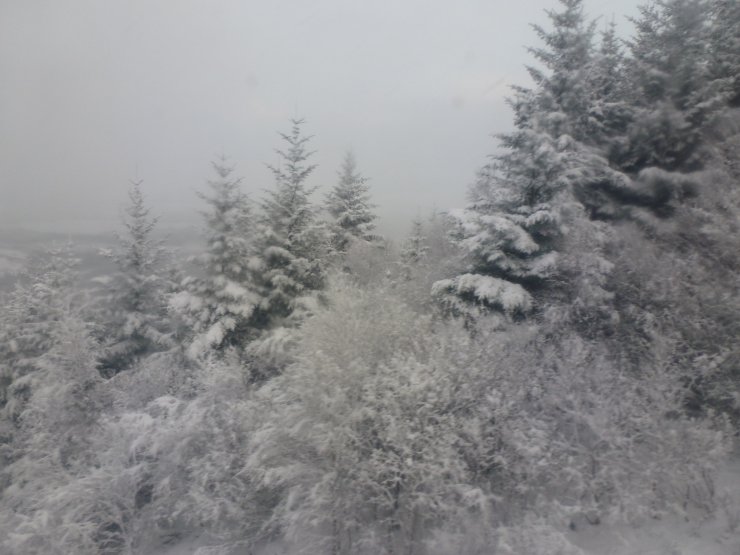 Snow to low levels this morning. 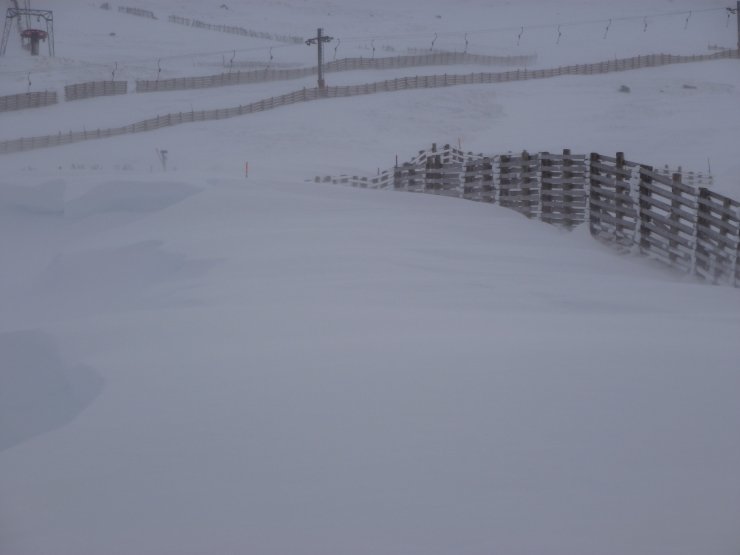 A big drift behind a fence at 650 metres. This is a good indication that there’ll be windslab in other sheltered locations. 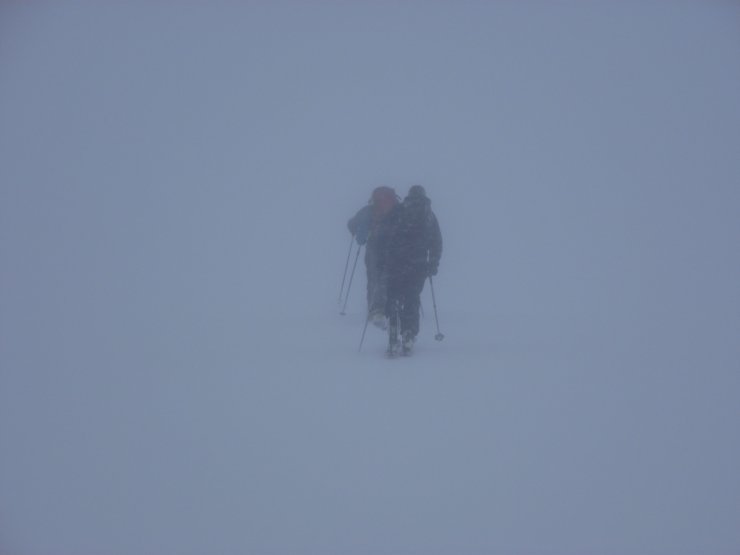 Ski tourers skinning up in poor visibility. Several out today and most seemed to time it right to get clear conditions for the descent. 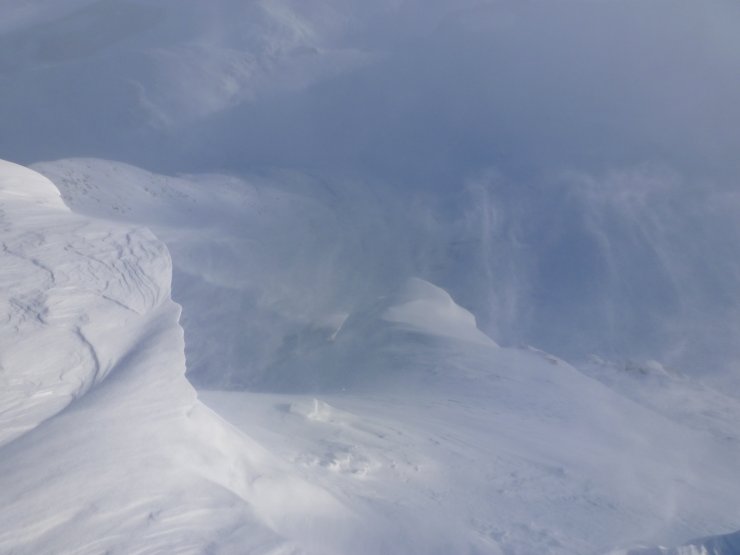 Looking down into Coire an Lochan as conditions started to clear. 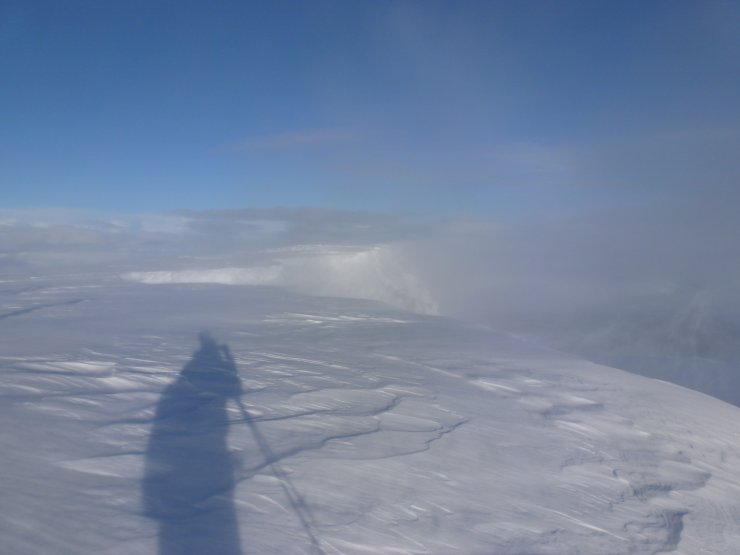 Fragile cornices developing along the rim of Coire an Lochan. 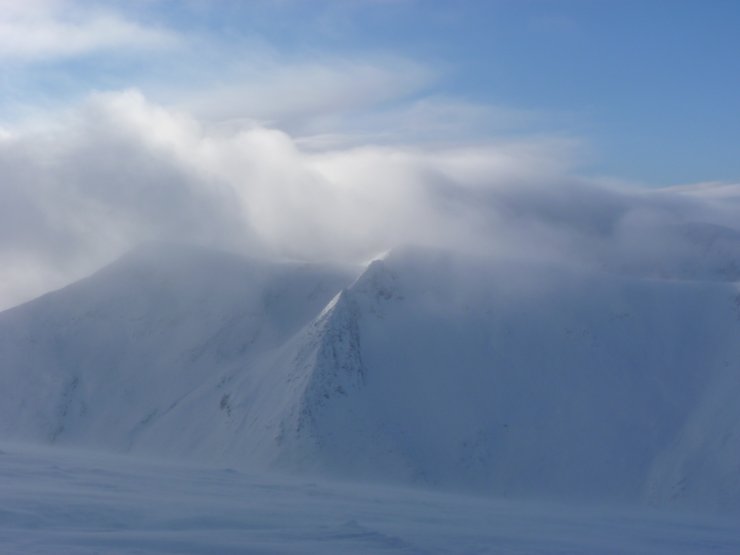 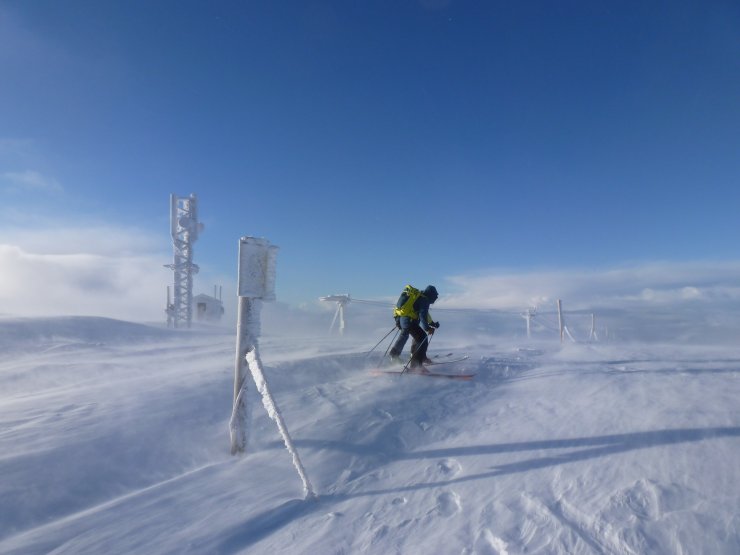 There was a lot of wind redistribution of snow at plateau level on Aonach Mor as this video shows: 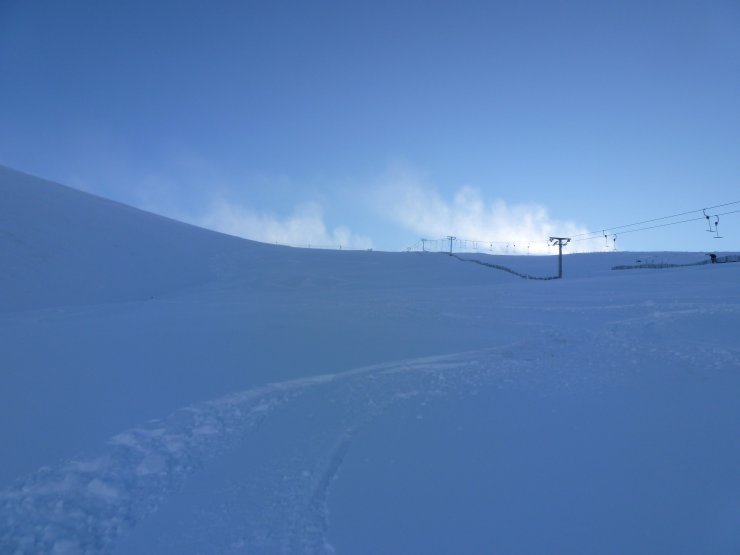 Clear skies at times. Looking up the Goose at Nevis Range. 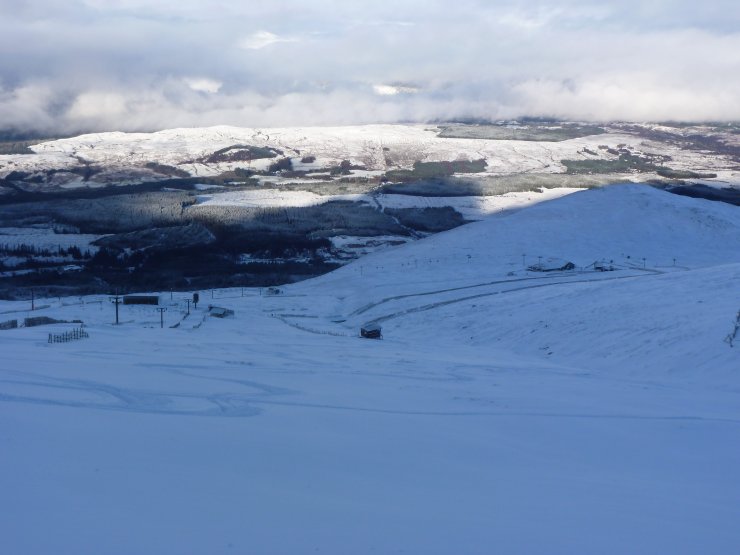 Progress was easier on skis than on foot today.