Today there was a fair bit of wind, rain and avalanches. The freezing level rose up the summit early this morning, and heavy rain fell throughout the morning and early afternoon. The snowpack was saturated, and the burns in spate today. Walking up to the CIC hut I was slightly surprised to see that there was no avalanche debris below the Castle Gullies as they usually avalanche in conditions like these. A few hundred metres further on I heard deep rumble turned to see a substantial (size 2 or 3) avalanche come out of the mist and over the band of crags that are found below the Castle gullies. This would have released naturally due to the rain and mild conditions. There also looked to be a bit of derbis below No. 5 Gully, but it was hard to tell in the poor light. I suspect that there would have been more avalanche activity higher on the mountain, but was unable to see this. 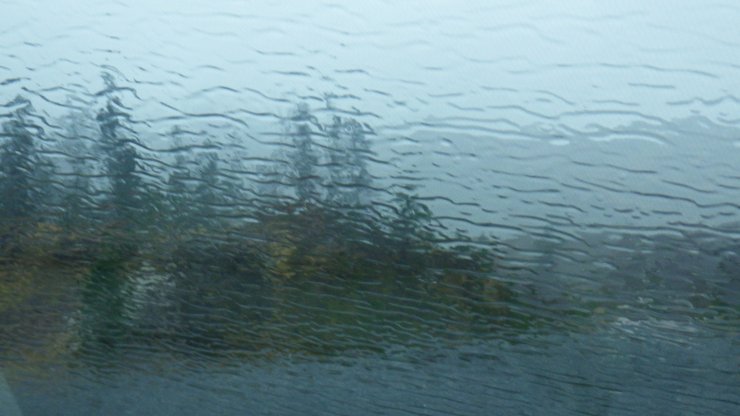 The view out the car window this morning. It was not looking too appealing outside at this point. 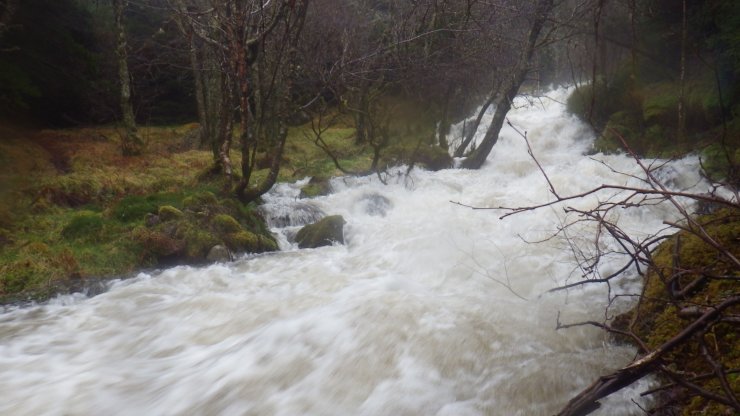 One of the burns in the forest below Ben Nevis in spate due to the heavy rain and snow melt. 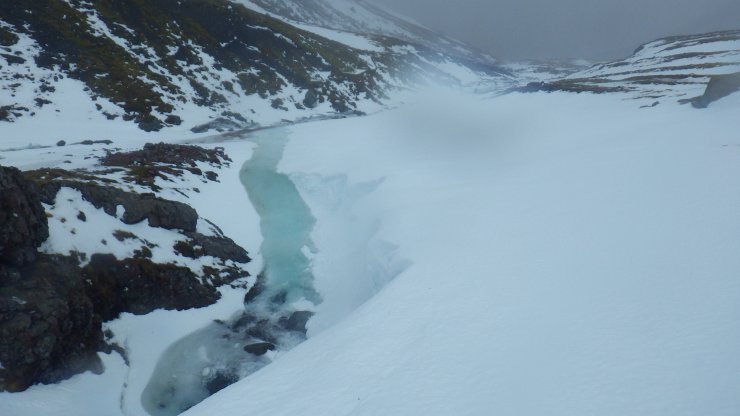 The Allt a Mhullin just below the CIC hut turned in to a band of deep slush. I watched someone wade across this (I was too far away to get a decent picture), but it looked pretty deep and hard work. I decided it would be better to cross upstream. 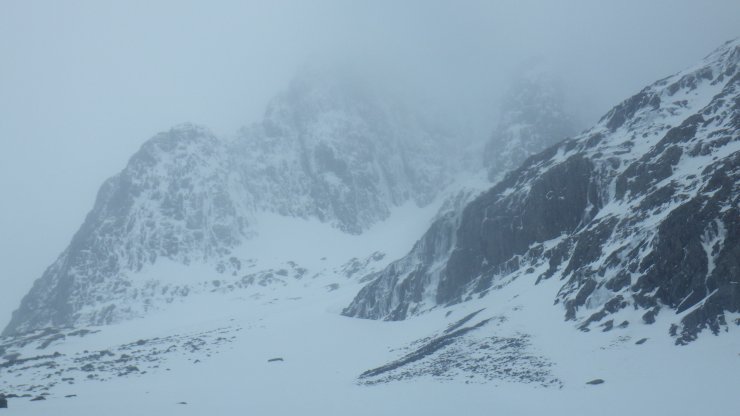 The minus face appearing from the gloom. This was as good as visibility got today, most of the time I could not see that far. 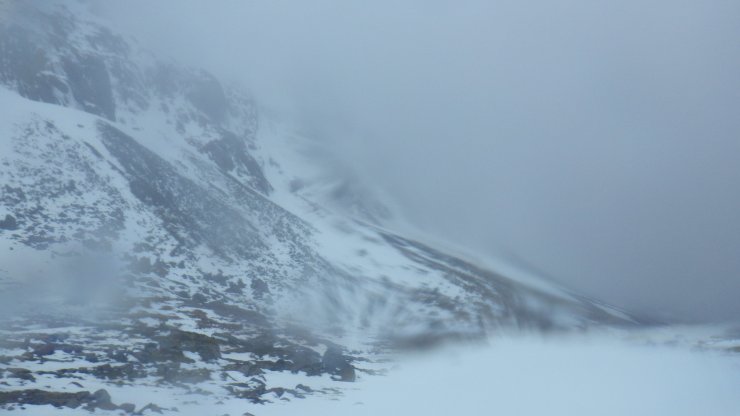 A poor shot of the tail end of the Castle Gully avalanche (it took a wee while to get the camera out of my pocket). It can just be seen flowing over the rocks and out down the slope in the middle right hand side of the shot. It looks quite unimpressive in this picture, it certainly did 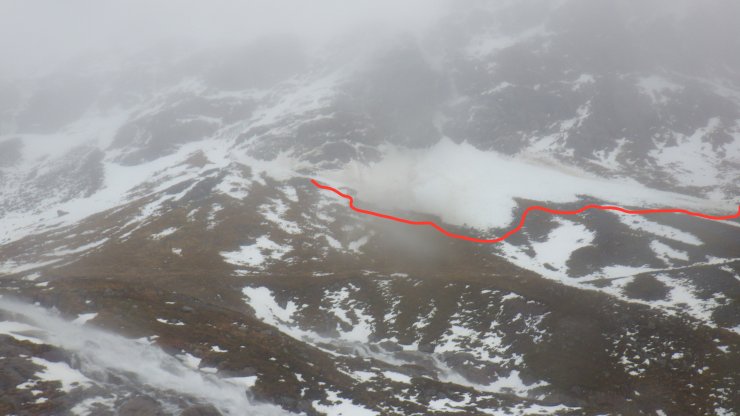 The debris from todays Castle Gully avalanche outlined in red.