Through most of the day the cloud was hanging around the tops. Â It did try and clear from time to time, but never really managed it. Despite that I did manage to get a bit of a view. There were some large cornices around. Â Various bits of avalanche and cornice debris of various ages were spotted on generally Easterly aspects. 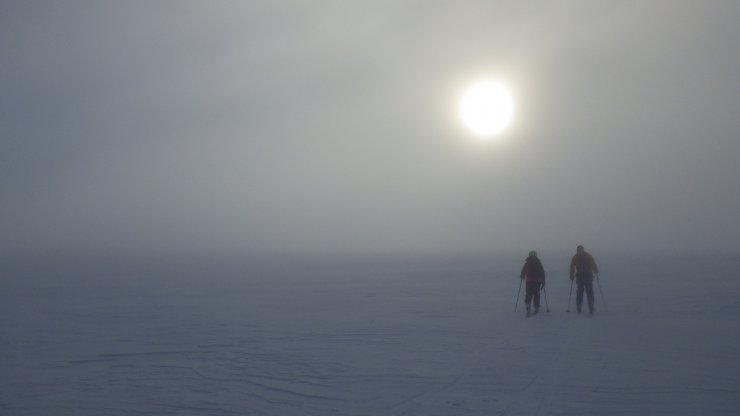 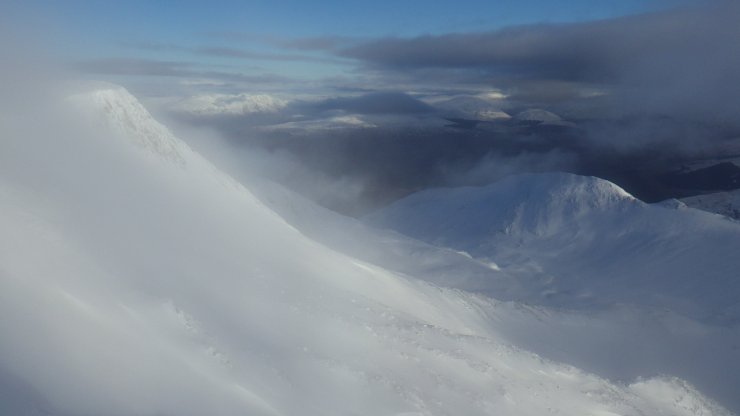 Trying to clear on the East face of Aonach Mor.Â 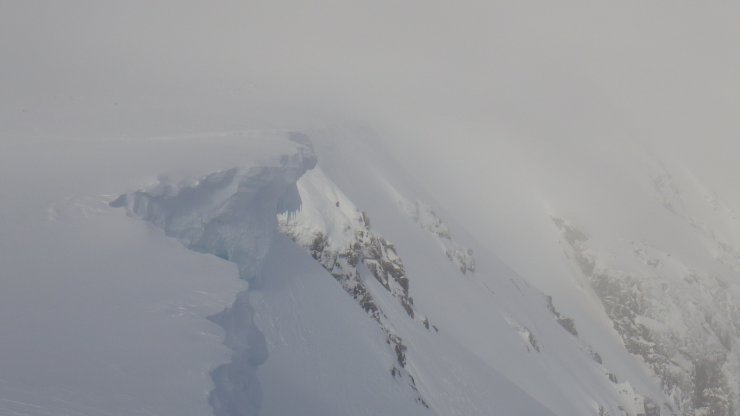 Some large cornices around. 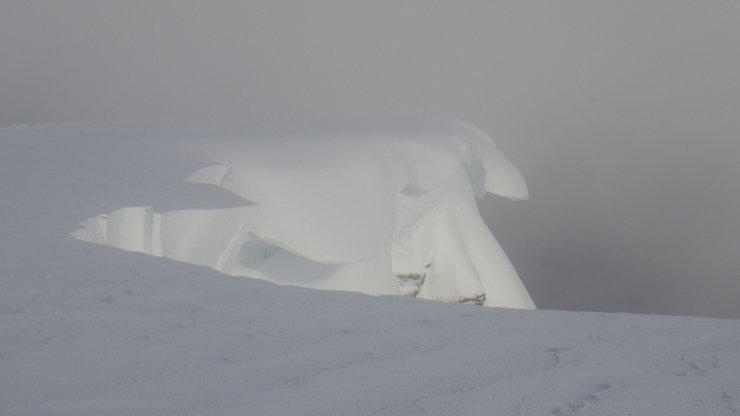 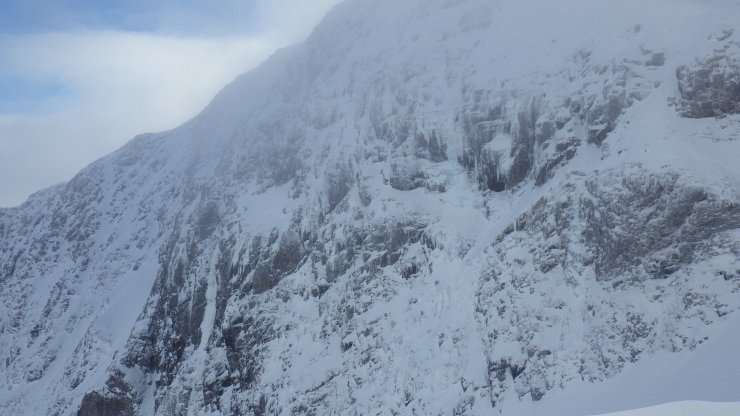 Ice forming on Aonach Beag. The routes aren’t well formed yet, but conditions are definitely improving.Â 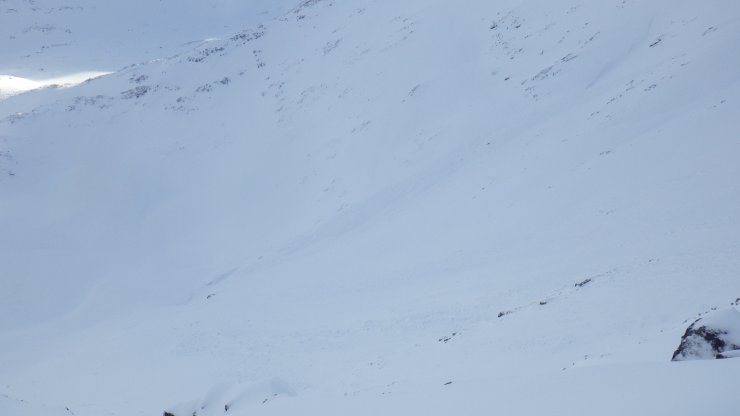