It was a mild day, but thankfully it was relatively dry (by West Coast standards at least). There is still plenty of snow and ice remaining. Debris from a number of natural avalanches were observed on Ben Nevis. The forecast for tomorrow is very wet (even by West Coast standards), so I suspect there will be more things falling off (by things I include avalanches, cornice collapse, ice fall and rock fall). Getting colder on Sunday at least. 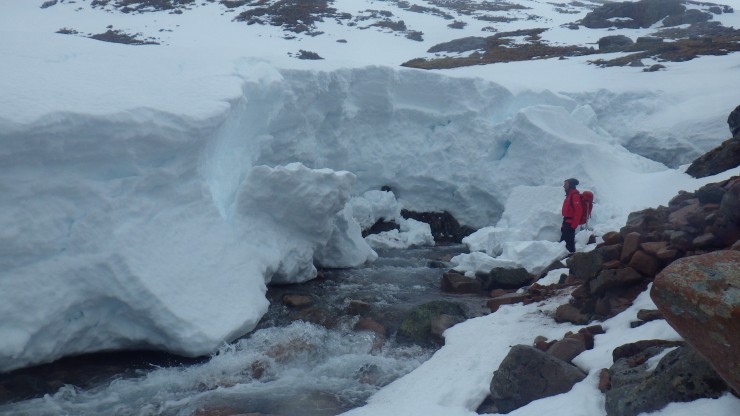 Still a fair depth of snow at the river crossing just below the CIC hut. 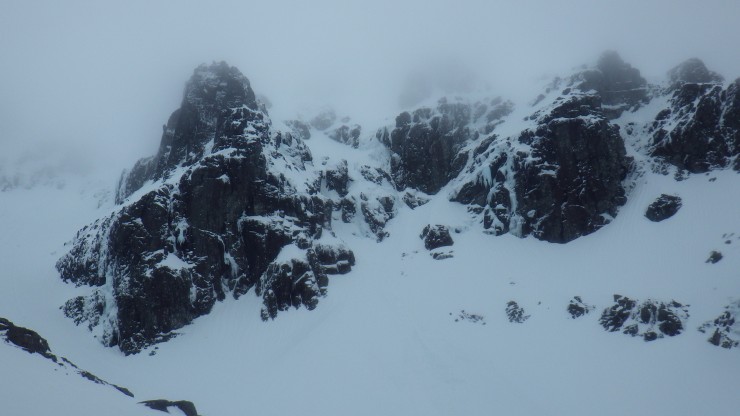 The ice has survived the thaw pretty well so far, it may not be doing so well by this time tomorrow. 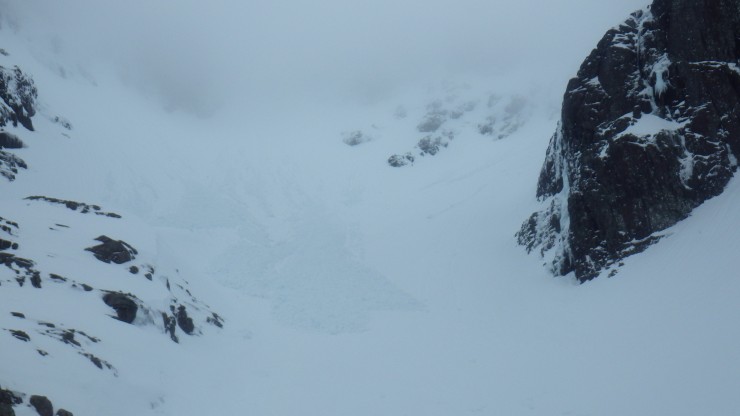 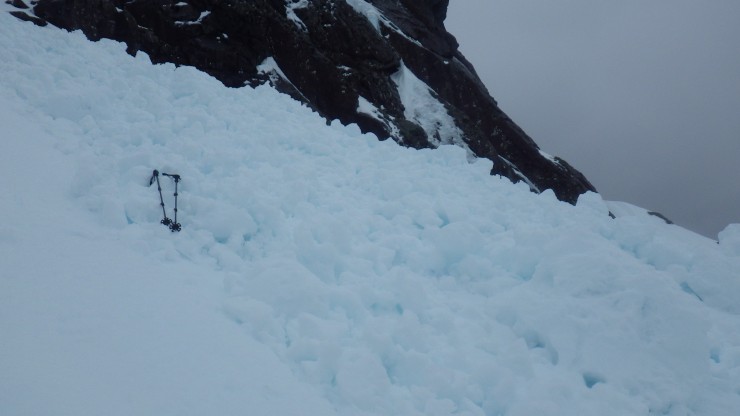