The fluctuating temperatures of the past few days have created a crust on almost all the snowpack. In some locations this is firm enough to support body weight, while in most it is a breakable crust. Although summit temperatures are above freezing the dry air meant that there was not actually any softening, or thawing, of the snow surface. 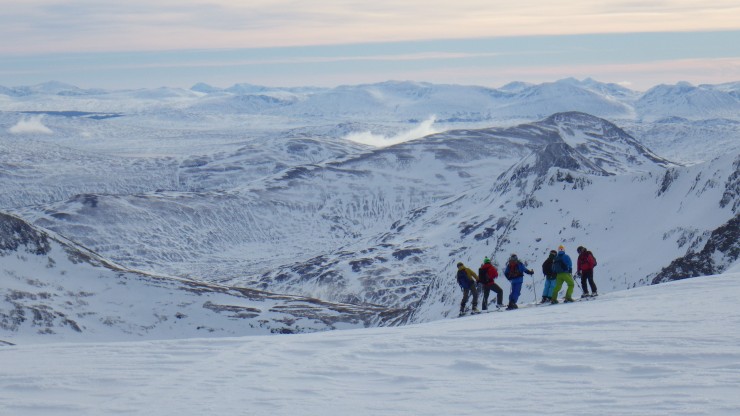 Skiers considering the top of Spikes gully. They did ski it in the end, it sounded rather firm. 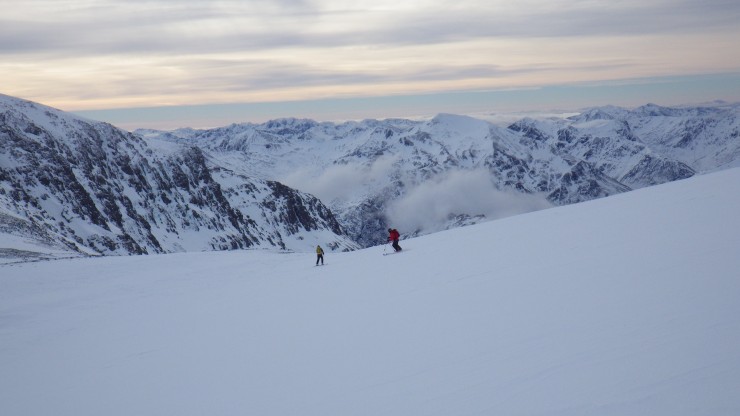 Skiing down to the Aonach Mor/Beag col with the Mamores and Glen Coe hills behind. Again rather firm. 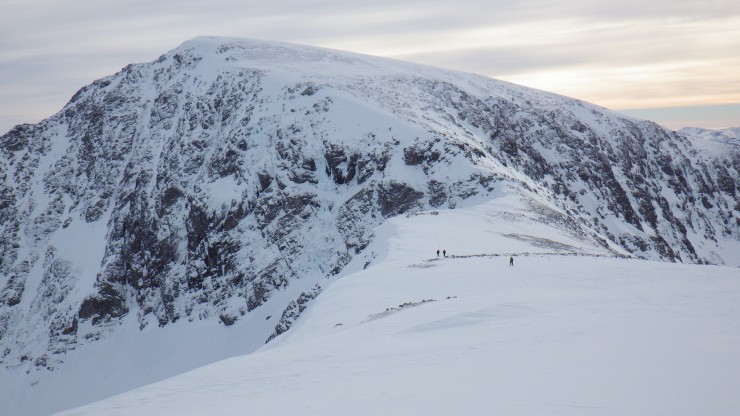