Poor visibility on the hill.

Above around 700m visibility was poor and as a result no meaningful photos were taken. Â Layers of graupel, which weres noted yesterday, remain a significant component of the snowpack. 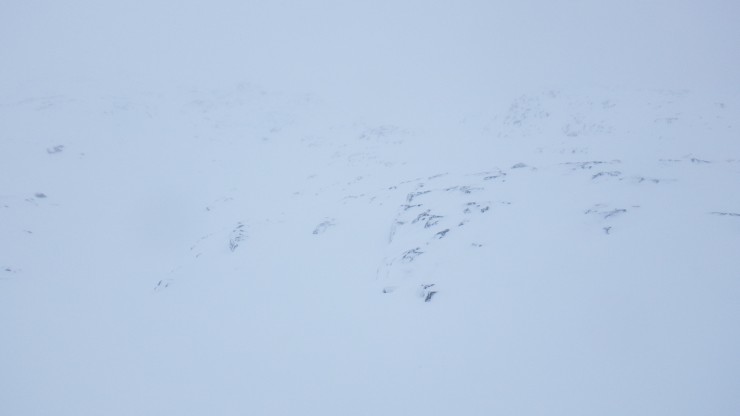 Not much to see!!